Synopsis:
Section 31, the covert organization which has operated without accountability in the shadows for more than two centuries, has been exposed. Throughout the Federation, the rogue group’s agents and leaders are being taken into custody as the sheer scope of its misdeeds comes to light. Now Starfleet Command must decide the consequences for numerous officers caught up in the scandal—including Admirals William Ross, Edward Jellico, Alynna Nechayev, and Captain Jean-Luc Picard who, along with many others, are implicated in the forced removal of a Federation president.

Meanwhile, deep in the distant, unexplored region of space known as the Odyssean Pass, Picard and the crew of the Starship Enterprise must put aside personal feelings and political concerns as they investigate a massive mysterious spacecraft. Adrift for centuries in the void, the ship is vital to the survival of an endangered civilization which has spent generations searching for a world to sustain what remains of its people. Complicating matters is a band of marauders who have their own designs on the ancient ship, with only the Enterprise standing in their way….

Review:
This latest Next Generation novel combines political intrigue, exploration, suspense, and new alien cultures. Back on Earth, the Federation is dealing with the fallout of the take-down of Section 31. And the Enterprise discovers a seemingly abandoned ship with a culture of scavengers trying to stake claim. The story is complex and involved, yet easy enough to follow if you’ve been keeping up with the events in the most recent Next Generation novels. I thoroughly enjoyed this engaging read. A fascinating culture with advanced technology and time running out – the crew of the Enterprise do what they do best. As Picard tries to negotiate with a dangerous scavengers, Geordi and his team try to assist a mysterious people who have taken one of their own. The suspense builds to a thrilling finale that doesn’t disappoint. The long wait for this latest Star Trek release was well worth it.

Star Wars: The Rise of Skywalker!

I’m so excited for the new Endgame film, that I couldn’t wait to get my hands on these new LEGO sets. This 362 piece set came in 3 bags, with 4 minifigs (including Ant-Man, War Machine, and 2 “Outriders”) and the large War Machine Buster. 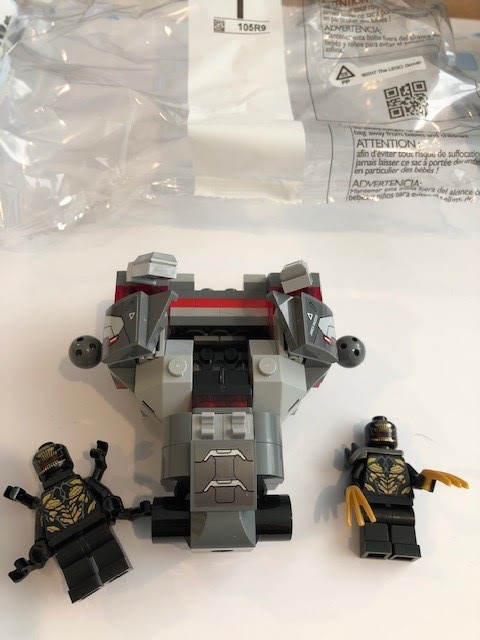 This is the first stage of completion from the first bag. 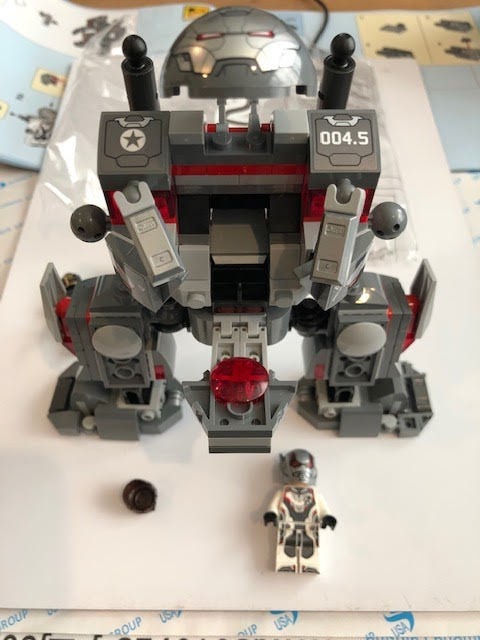 This is the next stage from the second bag. 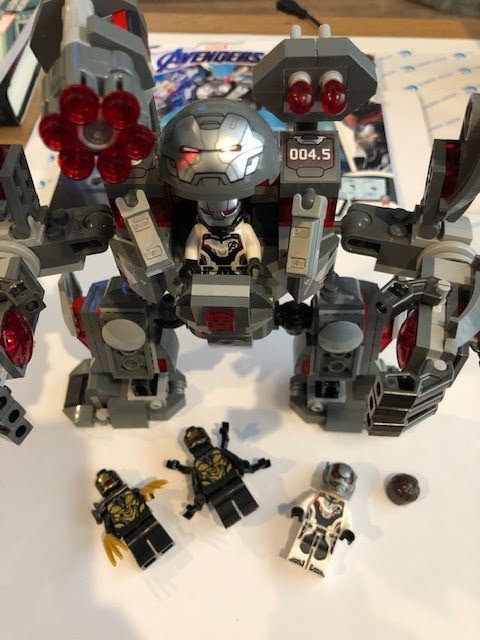 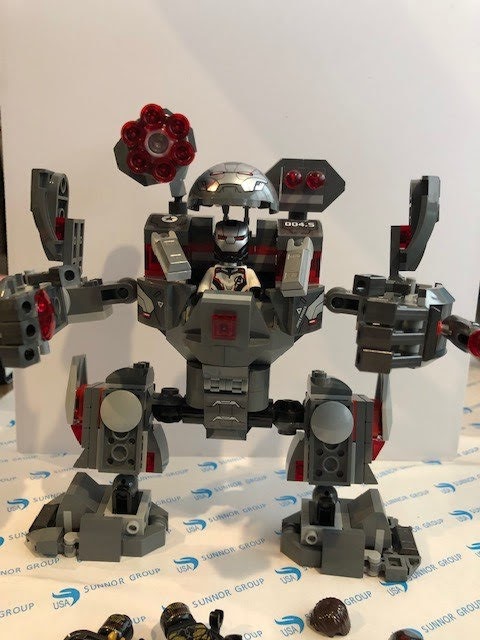 And the final build, with all completed. And as I looked at the right foot, I realized I messed something up. So, I’ll need to go back and fix that. There was just the one section of the War Machine feet that I had a problem with. Otherwise, it was a quick, easy build. There are a lot of guns and projectiles that will be fun for my niece and nephew to play battles. And the War Machine Buster itself is pretty sturdy. I look forward to checking out some of the larger sets as well now! 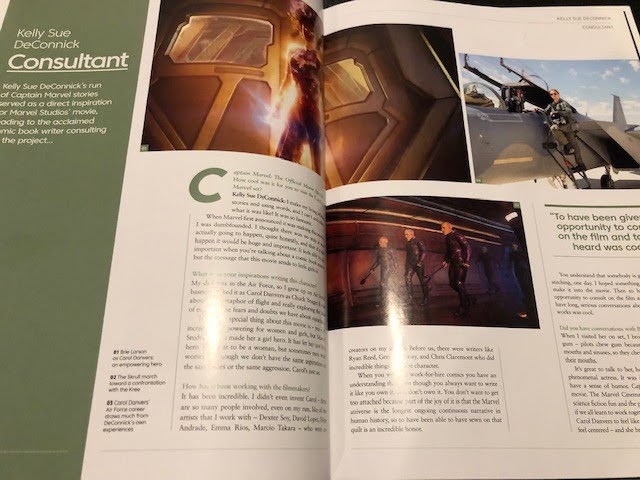 This movie special from Titan Books, has a lot of fun content from the recent film, all full-color pages. One of my favorites is the section on Kelly Sue DeConnick who was a consultant. As a fan, I was happy to see the inspiration for the movie coming from her line of comics. 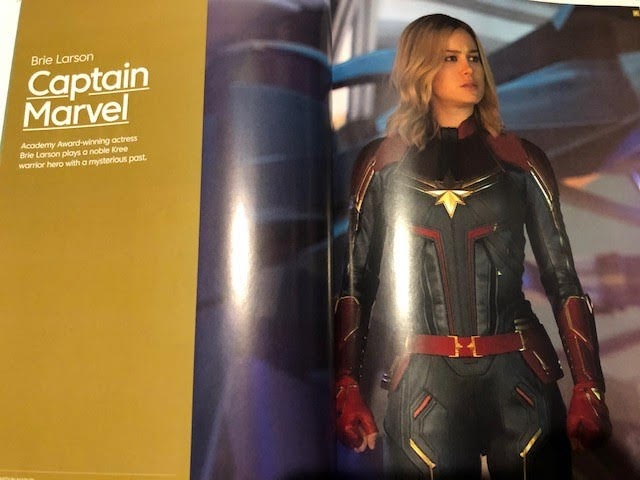 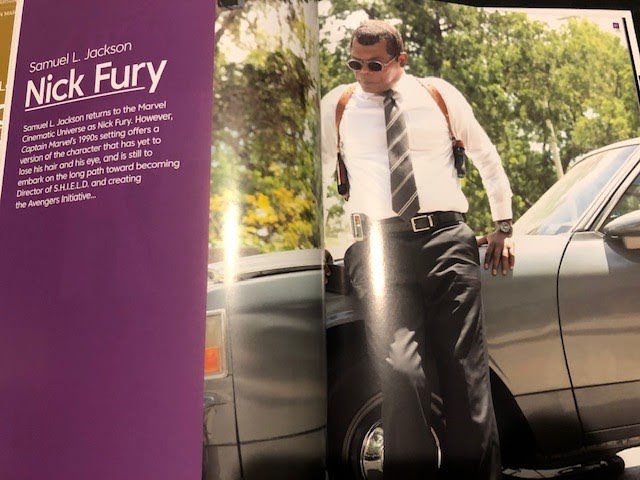 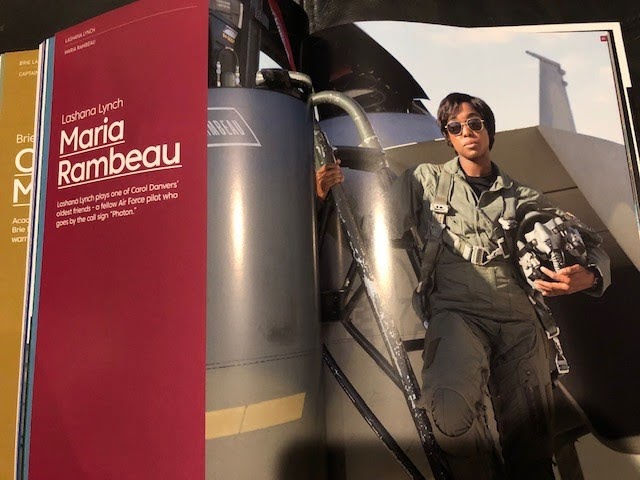 There are 11 cast member spotlights that were engaging as well. 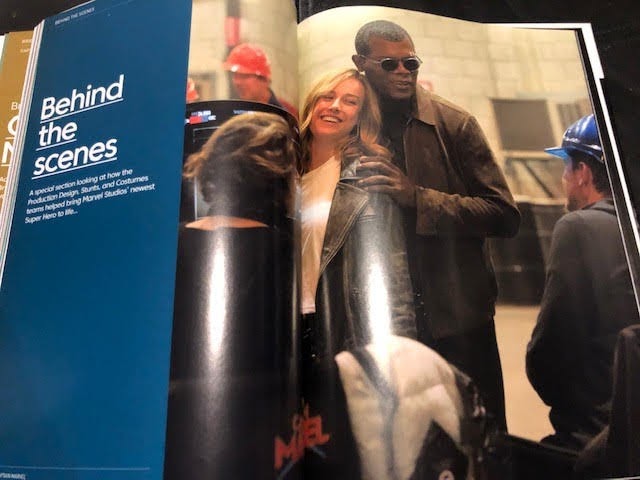 And a look behind the scenes! There are sections on production design, stunts, costumes, and Kevin Feige, President of Marvel Studios.

This is a fantastic wealth of content from the film. And this Captain Marvel fan has more to geek out on until the film comes to blu-ray. 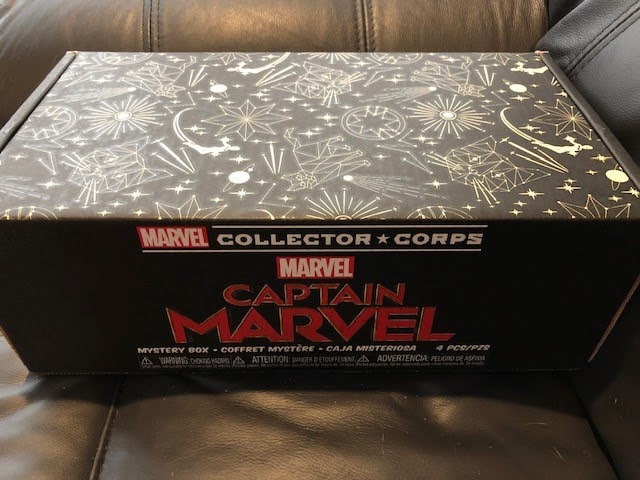 This is the March 2019 box from Collector Corps, which you can now buy through Amazon for $29.99/box (shipping included). 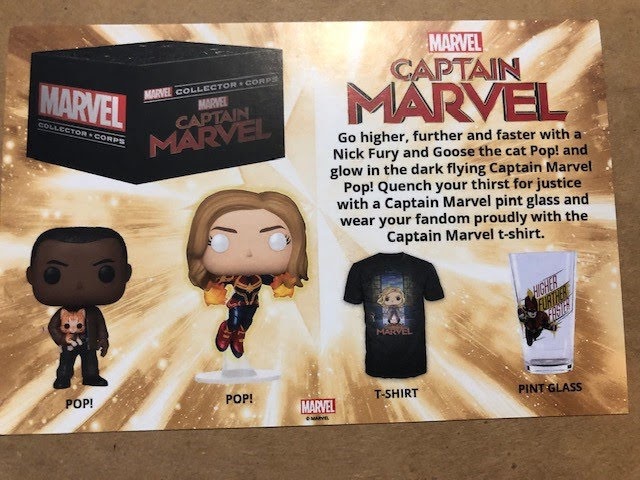 The card now only details the contents of the box. 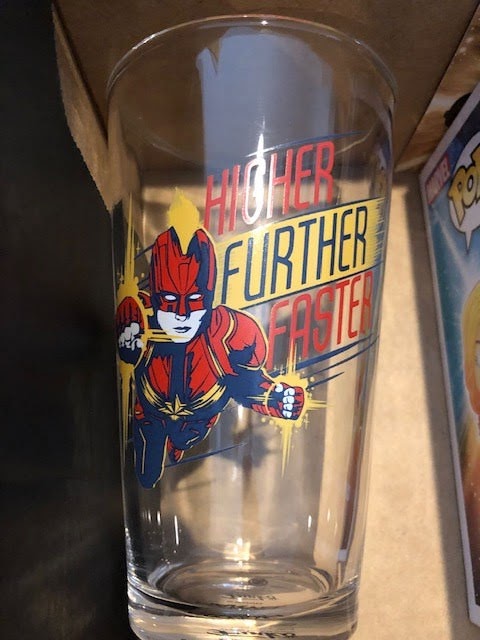 Captain Marvel Tumbler – I love this – and use it at my desk at work. 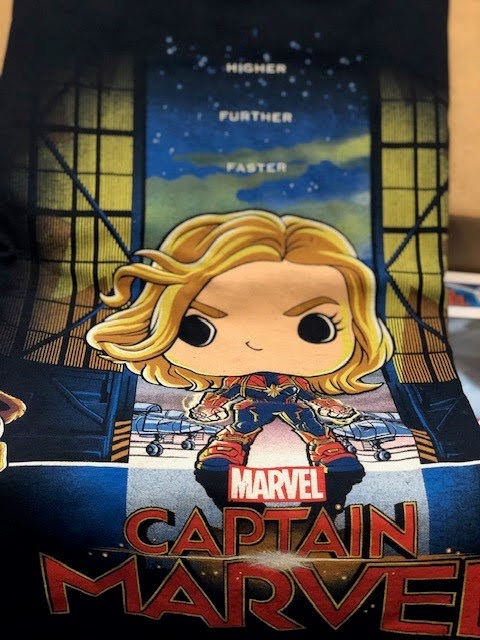 Captain Marvel Funko POP! Tshirt – Really bummed. I don’t care for black shirts (have way too many of them) and really don’t care for the cheesy POP designs. So, this will probably be given to a niece. 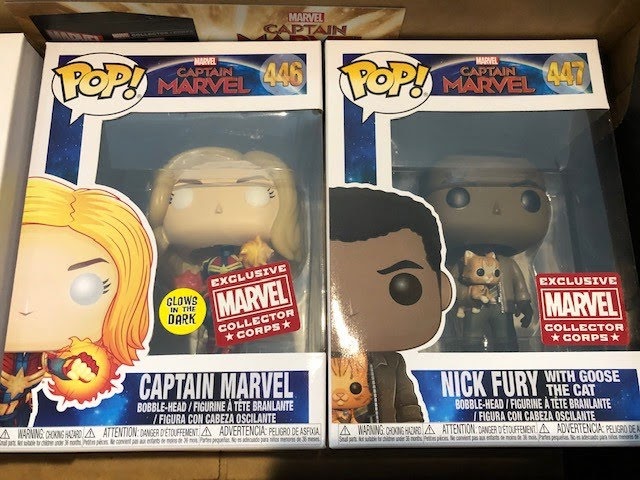 EXCLUSIVE Captain Marvel Funko POP! – This one is supposedly glow-in-the-dark and a really fun design – love it!

AND EXCLUSIVE Nick Fury with Goose Funko POP! – And I love this Nick Fury holding Goose!

Summary:
It’s been a couple years since I bought a Funko POP box. But this was Captain Marvel, so I splurged with this and the LootCrate box. The value was definitely there – always happy for a double POP box, but the tshirt was really disappointing. I wish they’d put more thought into them.