Synopsis:
Seven years ago, pioneering research spacecraft “Event Horizon” mysteriously vanished without a trace on its maiden voyage. But then, in the darkness of deep space, a persistent signal prompts a crew to make their way through the galaxy on a bold rescue mission. What they uncover is an unimaginable interstellar horror that will test the entire team’s sanity and souls. 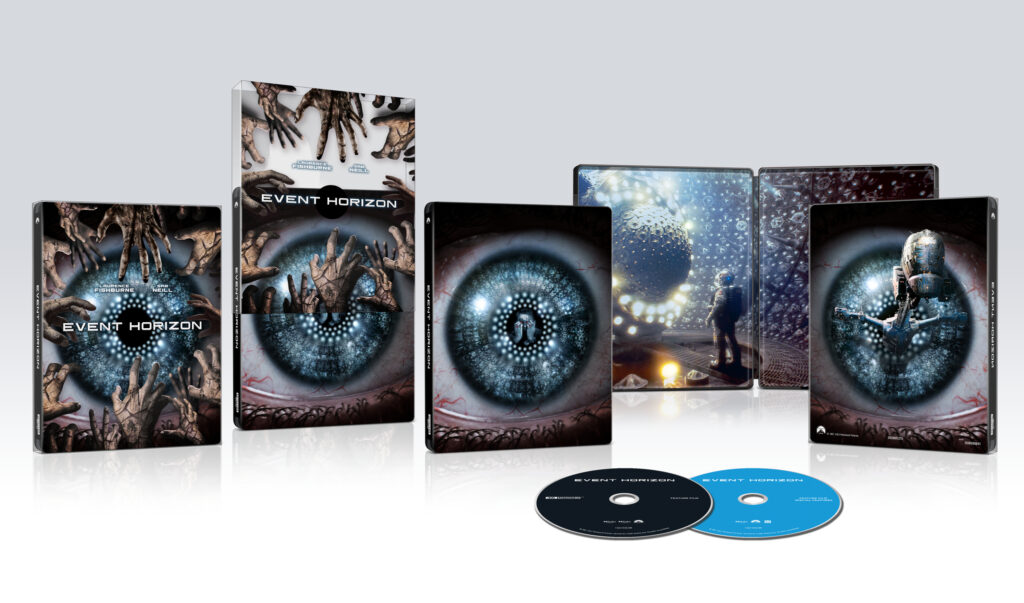 Review:
As this is a movie that came out 25 years ago, most scifi fans my age and older have seen it. I was in college, and still remember how scary it was. If you haven’t seen it – and enjoy a good scifi/horror film set on a claustrophobic spaceship, shrouded in mystery – this is a memorable one.

I vividly remember Sam Neill and Laurence Fishburne and how fantastic they were. And I remember the psychological aspect being the most chilling part. This steelbook is a fantastic release. It may seem silly, but one of my favorite things is that it’s a similar size to other blu-rays and doesn’t take up more room than it needs to. Yet it looks very cool and is a fun collectible. And I look forward to checking out the extras – especially deleted and extended scenes.