Writer and Producer Tim McKeon gave me a heads up about his latest pilot, now available on Amazon (no Prime needed!), called Will vs. The Future! He and Kevin Seccia created this fun and exciting middle-school, science fiction adventure that the whole family can enjoy.

You can watch it for free here: http://a.co/g2R8wRR

I’m hoping the pilot gets picked up by Amazon. The first episode is promising, with clever characters, an unpredictable plot, and plenty of humor. It’s reminiscent of Terminator – but for all ages. Go check it out, especially if you have a young scifi fan in your life.

SYNOPSIS:
Before she was Wonder Woman, she was Diana, princess of the Amazons, trained to be an unconquerable warrior. Raised on a sheltered island paradise, when an American pilot crashes on their shores and tells of a massive conflict raging in the outside world, Diana leaves her home, convinced she can stop the threat. Fighting alongside man in a war to end all wars, Diana will discover her full powers…and her true destiny.

REVIEW:
Gal Gadot is Wonder Woman in this origin story that leads in to the upcoming Justice League movie. We were introduced to her in Batman v Superman, which I would mostly like to forget. Although, she was definitely the highlight of the film. This story takes us back to WWI, when Themyscira becomes involved in man’s war. And Diana decides to join the world of man, convinced that Ares is behind the war.

With fantastic action and stylized fight scenes, this adventure is visually stunning and well-paced. Wonder Woman didn’t disappoint despite being one of my all-time favorite super heroes. I appreciated her naiveté and altruism having lived in such seclusion. Chris Pine plays a suave Steve Trevor, a good choice for the man to win Diana’s heart. And Lucy Davis as Etta Candy made for unforgettable comedy relief. I thoroughly enjoyed her character. The story was fun and exciting. And though a bit predictable, it was no less enjoyable and emotional during the climactic scene. Thankfully, despite the terrible BvS, this film gives me hope for the Justice League.

Own Wonder Woman on Ultra HD Blu-ray, 3D Blu-ray, Blu-ray and DVD on September 19 or Own It Now on Digital HD!

Killing is My Business by Adam Christopher

Synopsis:
Another golden morning in a seedy town, and a new memory tape and assignment for intrepid PI-turned-hitman―and last robot left in working order―Raymond Electromatic. But his skills may be rustier than he remembered in Killing Is My Business, the latest in Christopher’s robot noir oeuvre, hot on the heels of the acclaimed Made to Kill.

Review:
Raymond is ordered to kill a man who apparently commits suicide. Then, he’s sent on a wild goose chase after a missing man. Then, he’s told to protect a man about to die – when Ray is most likely going to have to take him out later. This string of men all begin to tie together though, despite Ray’s reset memory each morning.

Ray is a favorite character of mine – a robot with hidden depths. Full of humor and heart, despite his programming. And the noir mystery mixed with science fiction is wholly unique. This latest mystery is complex and unpredictable. And the big finale doesn’t disappoint. 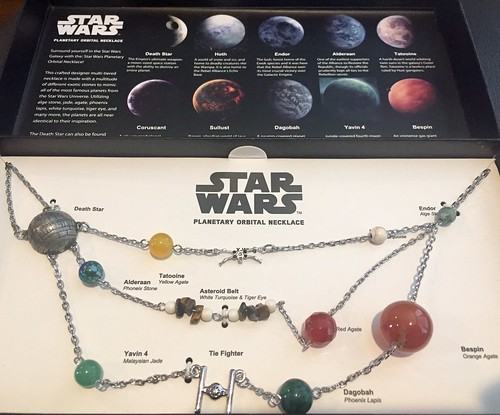 This officially-licensed Star Wars jewelry is a great price for the amount of detail. And I love how unique it is! 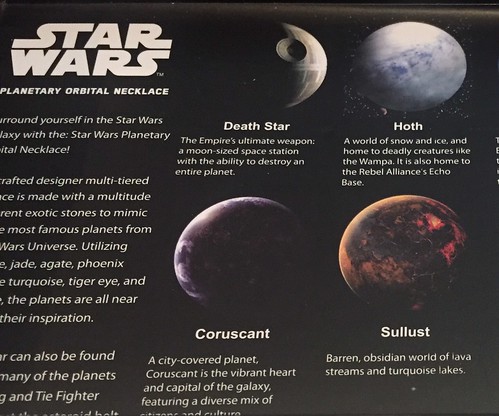 Inside the lid gives a description of each planet included. 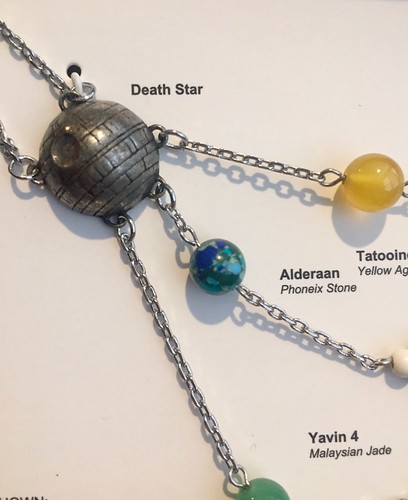 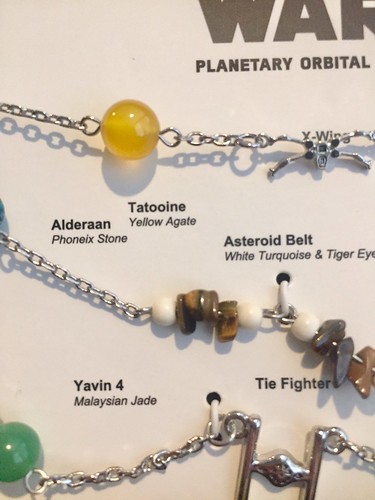 And the box help identify each piece as well. 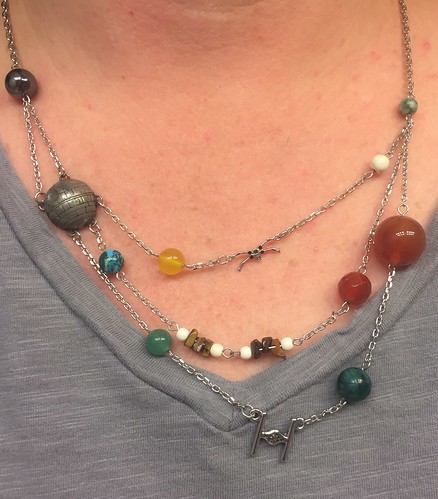 There is an adjustable, easy-clasp chain. The picture is about the maximum length, which is just about perfect.
I absolutely love this necklace. It’s stylish, pretty, and a great conversation piece.

Mighty Jack and the Goblin King by Ben Hatke

Synopsis:
Like a bolt from the blue, Jack’s little sister Maddy is gone―carried into another realm by an ogre.

When Jack and Lilly follow Maddy’s captor through the portal, they are ready for anything . . . except what they find waiting for them in the floating crossroads between worlds. Even the power of their magic plants may not be enough to get them back to earth alive.

Alone and injured, Jack and Lilly must each face their own monsters―as well as giants who grind the bones of human children to feed their “beast” and a fearsome goblin king in the sewers down below.

But when Jack finds himself in a tough spot, help comes from the most unlikely person: the goblin king!

Review:
Jack and Lilly enter a land of goblins and ogres to rescue Maddy. But these scary looking creatures are not all what they seem.

This middle-grade graphic novel is a fantastic conclusion to this different take on Jack and the Beanstalk. The artwork is quirky and fun. The adventure is full of danger, suspense, and humor. And Lilly is a strong female lead that young girls will love. Hatke’s stories are always entertaining. And the story ends with a cute twist that fans will appreciate.

Courtesy of Harper Voyager, I have a copy of The Seven by Peter Newman for one (1) lucky winner!

Contest is open to US residents only. No PO Boxes please. To enter, just fill out the form below. Contest ends September 29. I’ll draw a name on September 30, and notify winner via email.