From an up-and-coming new science fiction author comes an entertaining tale of first contact, exploration, and desperately trying not to screw up: GATE CRASHERS (A Tor Paperback Original; $15.99; On-sale: June 26, 2018). Humankind ventures further into the galaxy than ever before … and immediately causes an intergalactic incident. A planet full of bumbling, highly evolved primates has just put itself on a collision course with a far wider, and more hostile, galaxy that is stranger than anyone can possibly imagine.

It’s the moment we’ve all been waiting for! For real, though. All of humanity has been waiting for this moment since Giordano Bruno first infuriated the Church with the heretical notion that what we knew as stars are actually suns, and that those suns have their own Earths, with their own plants, their own animals, maybe even their own people.

It is, perhaps, the question that has most preoccupied mankind for the better part of five centuries. So it should come as no surprise that speculations and flights of fancy about the answer keep cropping up in literature, film, art, music, in all creative endeavors, really. The moment the universe coughs up its greatest secret and our place within it is finally, conclusively defined.

Of course, that’s not how it will go. At all. The answer to “Are we alone” won’t define our place in the universe if that answer is “Hell no.” Instead, it’ll throw us into a frenzied struggle to fight for our seat at the interstellar table.

I’ve written about First Contact before. In my debut trilogy starting with The Ark from Angry Robot Books, mankind got the better end of the deal, landing on a planet full of ambulatory sentient cuttlefish that hadn’t had the advantage of plentiful metals with which to move out of their Stone Age. In that series, humanity struggled and sometimes failed to avoid the mistakes of our past, colonialism, gentrification, racism, all of it.

Now, with Gate Crashers, the shoe is on the other foot. We dig too greedily and too deep and find a whole Balrog’s worth of trouble we’re not remotely prepared for. So screwed we end up being, a book called “First Contact for Dummies” features prominently in the early decision-making process of the humans present.
Because I really believe that’s about how it’s going to go down when it happens. At critical moments in history, people just… push through. No one’s ready for it. The “right” people are seldom present. And whoever is there, on all sides, just does what they can and hopes for the best.

The only real difference is, unlike other turning points that are often only recognized as pivotal moments in history after the fact, or played up by historians trying to establish a narrative, no one is going to be confused about the importance of First Contact. Whether that means everyone present will know to be on their A game, or the stress will make them even more prone to missteps that end in calamity, we can’t know until it happens.

Personally, considering the scale of the universe and the fact we haven’t already been overrun by flying saucers, I suspect anyone within our technological arm’s reach is going to be flailing about just as blindly and desperately as we are, clawing for someone to latch onto for comfort in the dark, hoping they don’t end up grabbing the monster under their bed.

I really hope to live long enough to see that moment. Until then, I’ll continue fantasizing about it on the page, and fighting in realspace to straighten out our species so we don’t end up being the monsters.
Looking around our country today, I could really use some help on the second part. 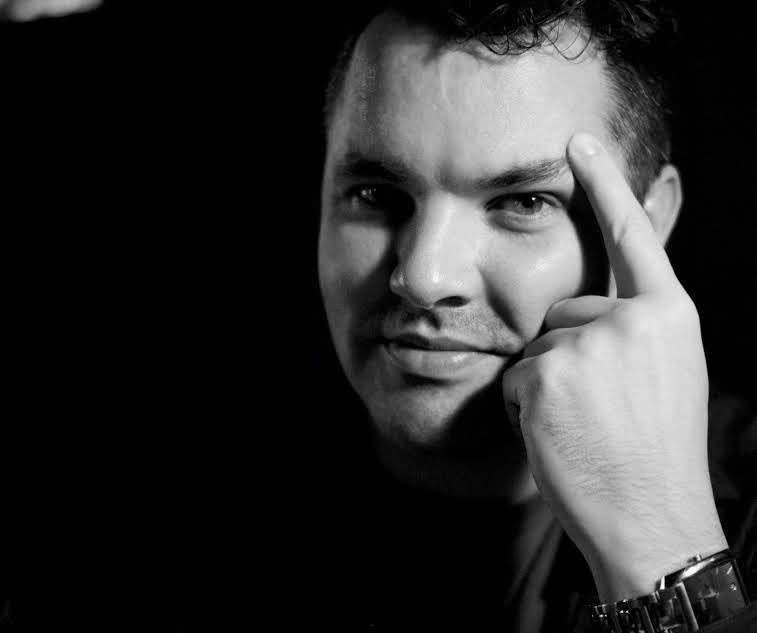 About the Author:
PATRICK S. TOMLINSON is a man of many hats. In addition to writing Sci-Fi novels and shorts, he prowls theaters, clubs, and bars throughout the midwest performing as a stand-up comedian. Between gigs, cons, and rewrites, he works as a pundit and frequent political contributor, with columns appearing in publications such as The Hill and The New York Times. In the little downtime remaining, Patrick enjoys hobbies such as motorcycling, model-building, and shooting. He lives in Milwaukee with his fiancee, two cats, a bearded dragon, and a 2008 Bullitt Edition Mustang named Susan.
You can find him online at www.patrickstomlinson.com and on Twitter as @stealthygeek.