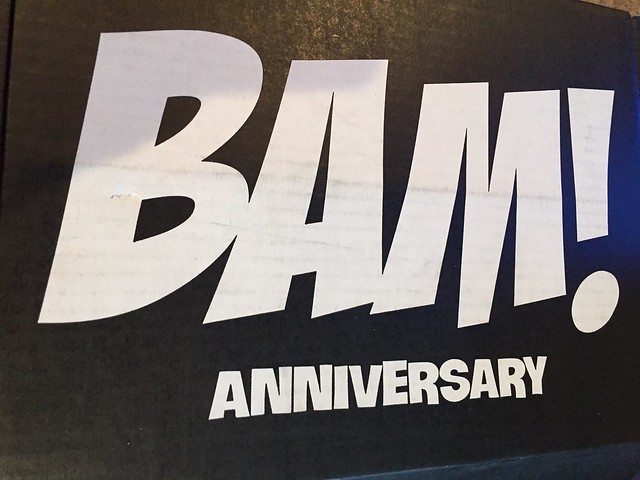 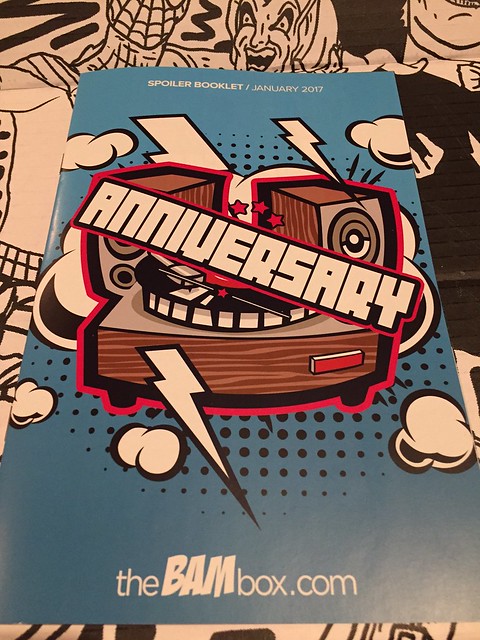 The box has a mini mag called “Spoiler Booklet” with details on the box, with all possible items subscribers could receive.
This month’s theme was “Anniversary.” 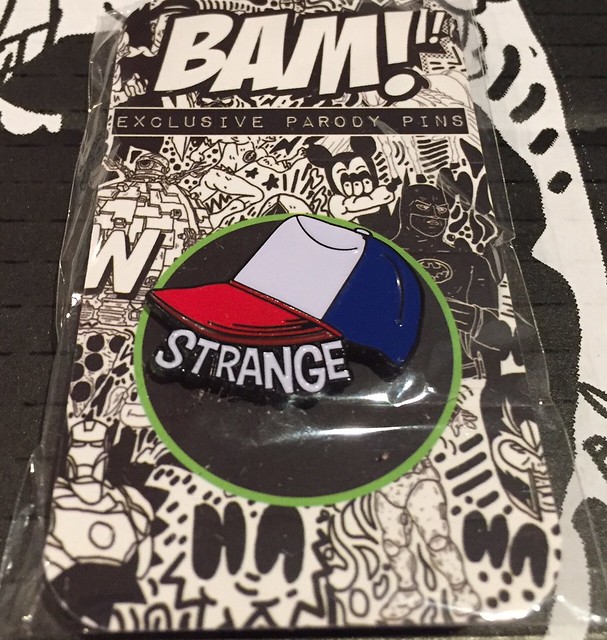 “Stranger Things” Parody Pin – There were 4 options that subscribers could receive. Unfortunately, they should have provided Bam Anniversary pins to all subscribers to celebrate. I’m not a pin collector, but it seems like a missed opportunity. 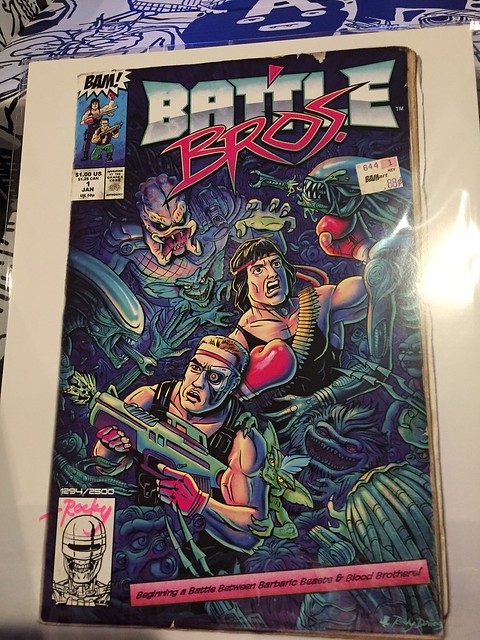 Battle Bros Print – It doesn’t do anything for me. 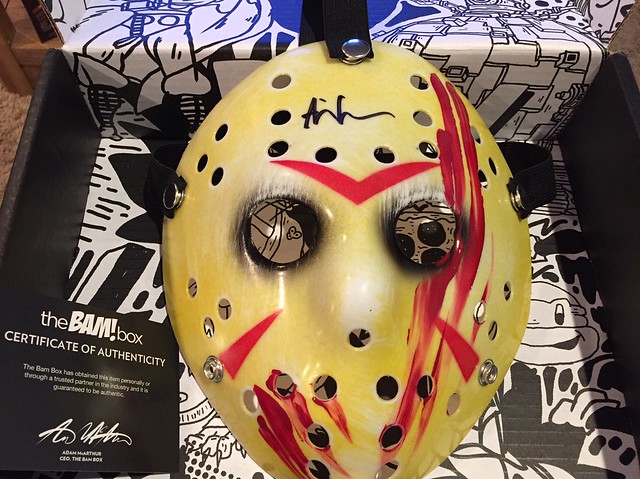 Custom, Signed Jason Mask – I’m not a horror fan, so another Jason mask was a disappointment as we already received one several months ago. 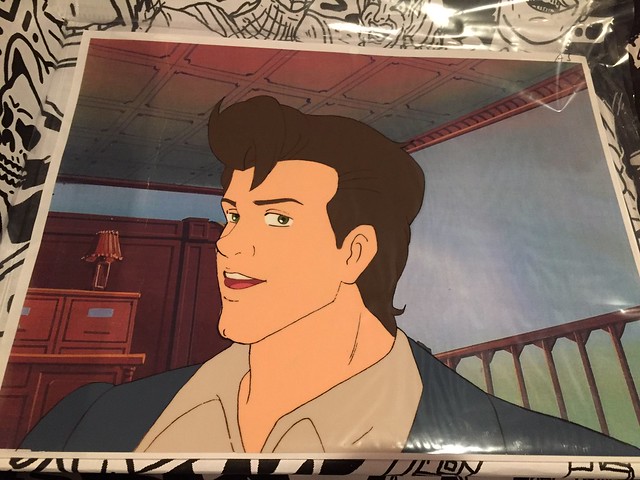 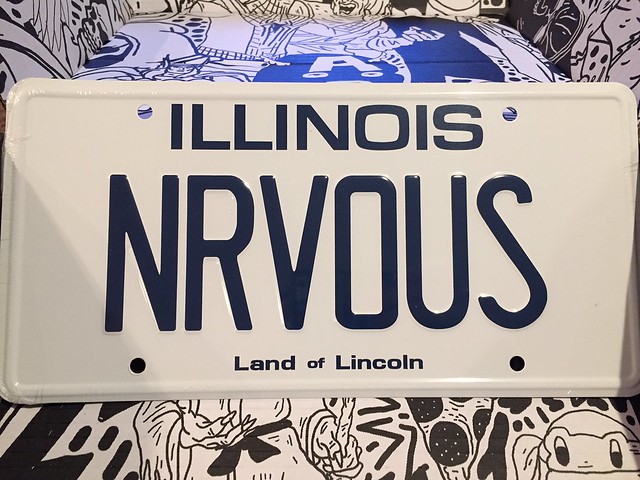 Full-size License Plate from Ferris Bueller’s Day Off – Other options were from Anchorman 2 (which I don’t think I ever watched) and Knight Rider (which would’ve been awesome). I would have loved the Knight Rider plate. And while I love Ferris Bueller, I’m not sure anyone would recognize the license plate.

Summary: This month’s anniversary box was a look back at several popular items from boxes this past year. I liked the unique animation cels idea in this box! And license plates are fun collector’s items. It would have been nice to include something different than a duplicate Jason mask – a different prop replica would’ve been nice.