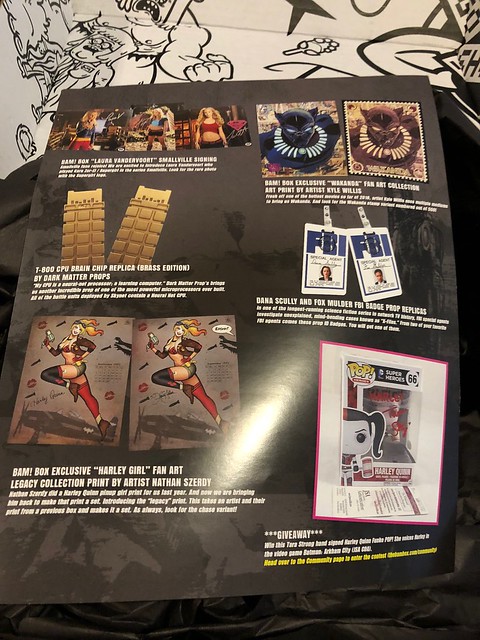 There is a nice, glossy page of the items included, which is a necessity for some items at times! 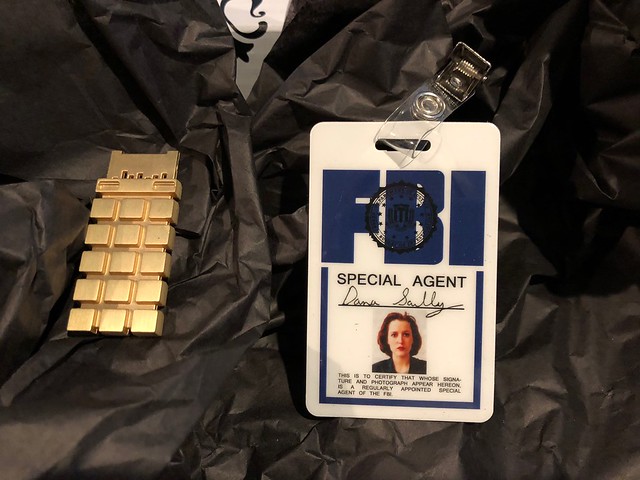 T-800 CPU Brain Chip Replica – Terminator fans can power up their Skynet unit. This is a nice, heavy replica that’s definitely heavier than an actual chip would be. But it won’t break! 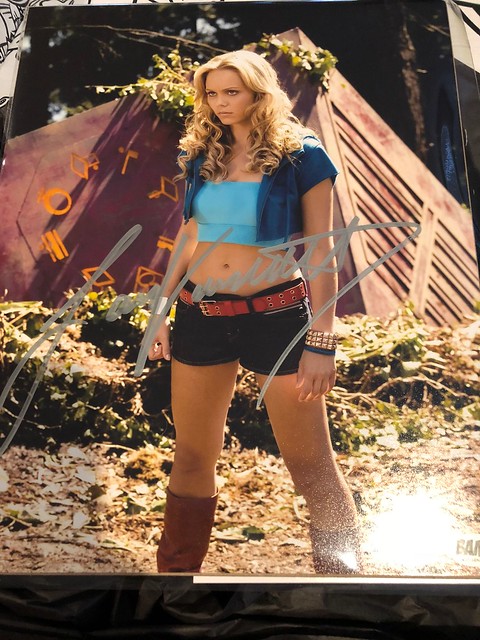 Laura Vandervoort Signed Print – She played Supergirl on Smallville, she was the star of Bitten, but my favorite was her role on the V reboot. 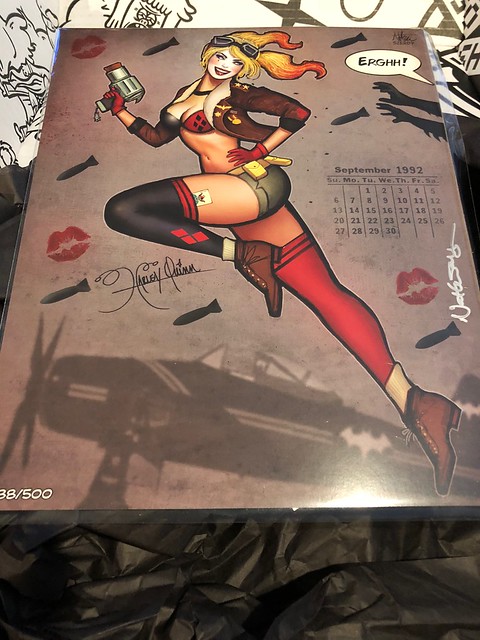 “Harley Girl” Fan Art Print – This is a miss for me, as I don’t care for the pin-up look nor Harley Quinn. 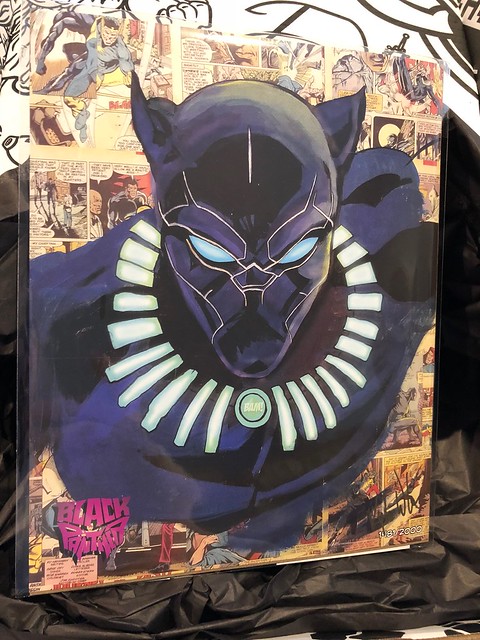 Wakanda Fan Art Print – I usually don’t care for fan art. But this print of Black Panther is pretty great.

Summary:
There were no filler pins this time, which I didn’t mind at all! The descriptions on the list of included items is nice, but if I wasn’t a fan of the show or movie, I wouldn’t have known what franchise some items are from, like the chip. The Laura Vandervoort signed print was impressive. But the Black Panther print was my favorite item.