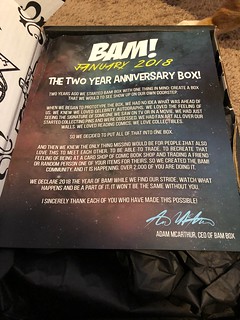 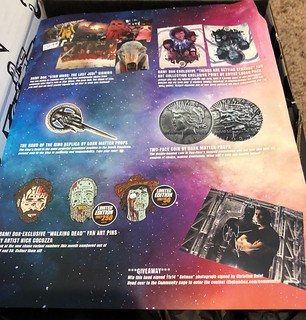 This is the 2 Year Anniversary box! And we’re back to having a page of what’s included in the box – which was missing in the past couple boxes! 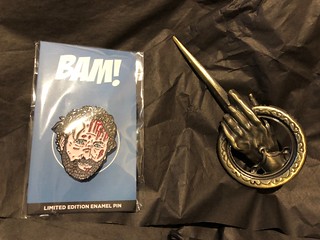 Walking Dead Pin and Hand of the King Replica Pin The Game of Thrones pin/broach (for those few who, like me, don’t watch Game of Thrones and didn’t know what this was referring to) is a heavy, well-made replica. Just wish I cared about the series. 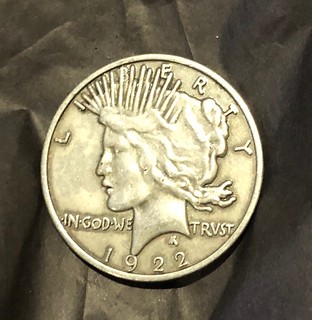 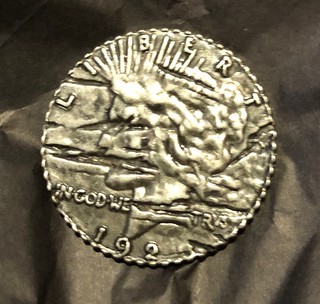 Two-Face Coin – Batman’s nemesis Two-Face uses a coin like this to make decisions. I knew right away what this was supposed to be! 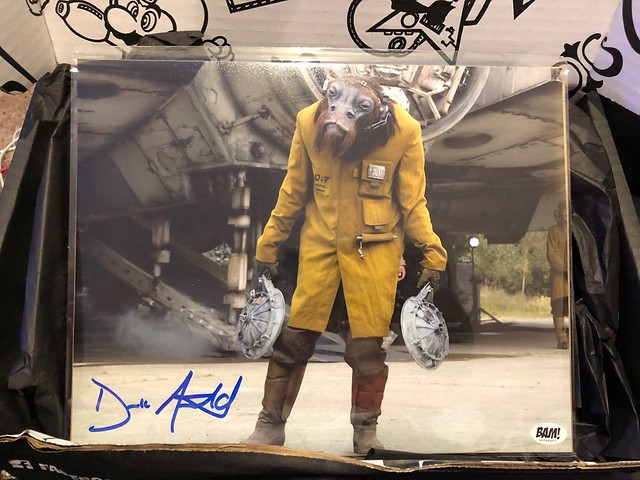 Star Wars: The Last Jedi Signed Print – This was one of four possibilities of supporting cast members, or an even rarer one of all four signatures on one print. 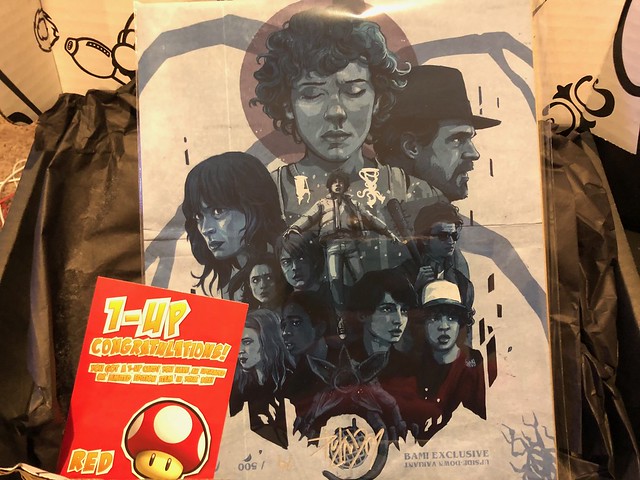 Summary:
I’m so glad we’re back to a page of item descriptions! Though, it could stand to be a little more informative. The two collectibles (I never count the small, filler pins) are very small but well-done. And I appreciate the variety of franchises that are represented. You won’t find these items in any other mystery box.

NEXT MONTH: There will be items from: X-Files, Black Panther, Ghostbusters, Smallville, and Terminator! Wow!