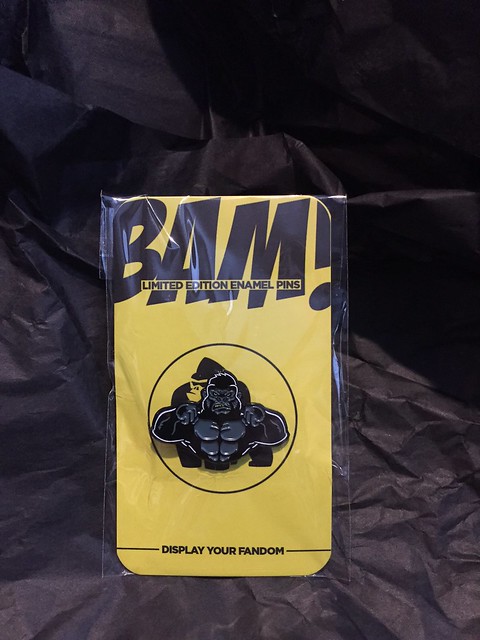 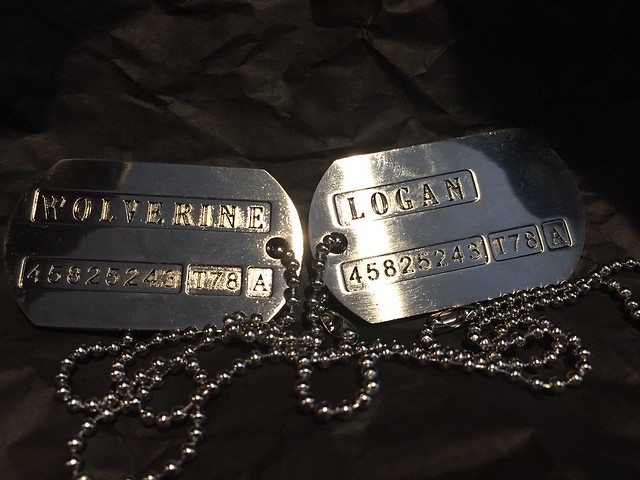 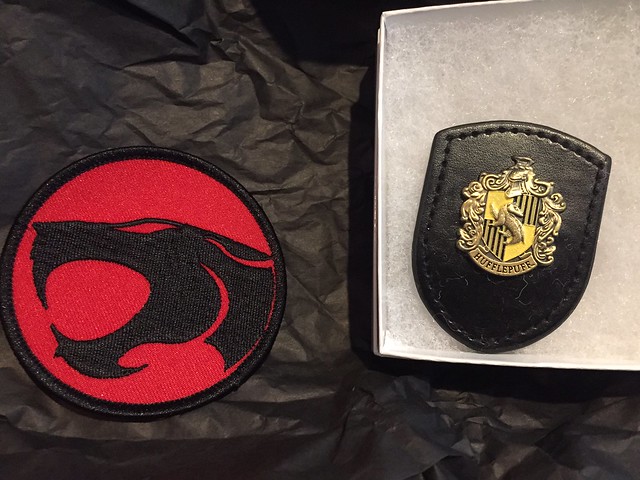 Thundercats Patch
Hogwarts School House… um, I’m not sure what these are… It’s a cute pin-like emblem on a leather patch. There’s nothing on the back. So it’s a paperweight? Just an emblem? I’m not sure. Hufflepuff for me! 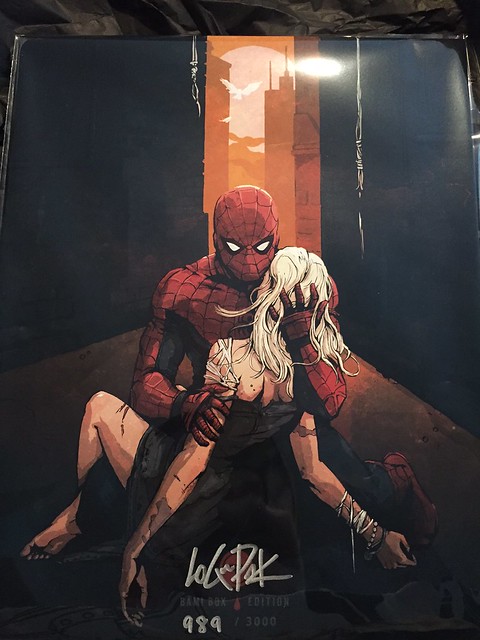 Death of Gwen Stacy Print – This is a very cool print. There was a black & White variant too, but I prefer this color version. 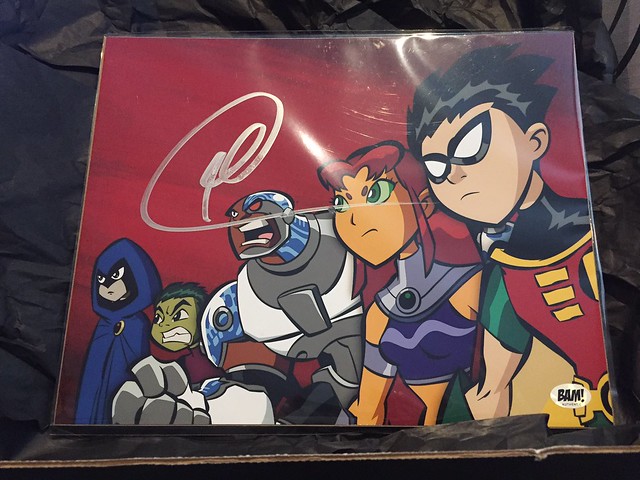 Greg Cipes Signature (Beast Boy) on Teen Titans Go – While I love the Teen Titans comics, I don’t care for the cartoon at all. My nephew does though, so he’ll enjoy this.

Summary:
This was kind of a slim box, not much to it. I liked the Hogwarts emblem – just not sure what it’s use is. And the Wolverine dog tags were a nice addition.
Also, there was a vote, and this will be the last box with a theme. They don’t want to be limited about what can be included, so no more themes going forward!