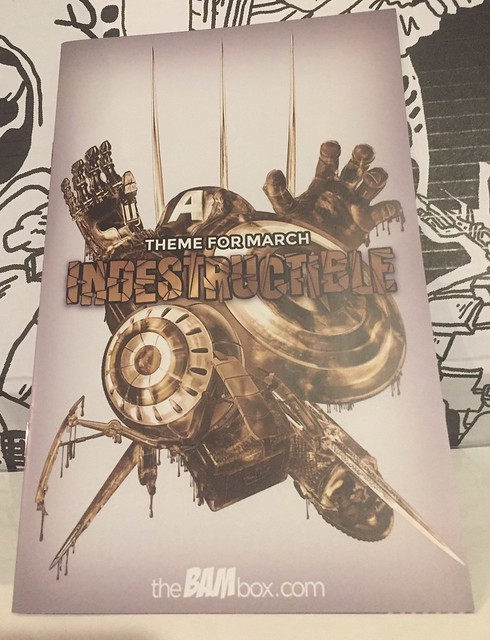 The box has a mini mag called “Spoiler Booklet” with details on the box, with all possible items subscribers could receive.
This month’s theme was “Indestructible.” 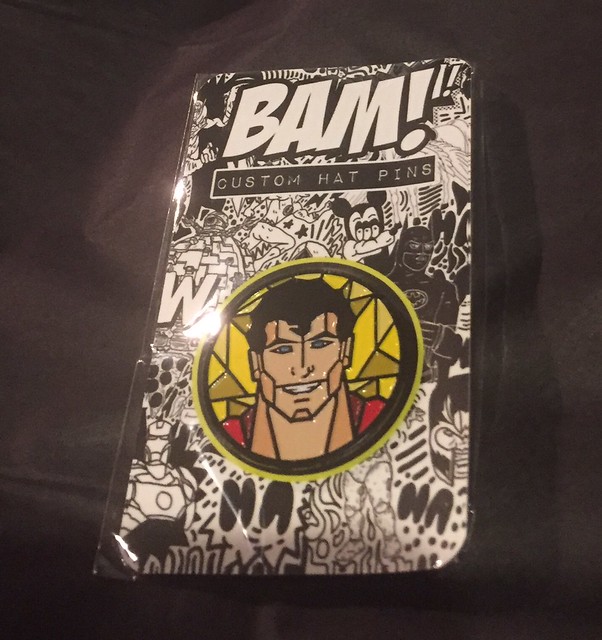 “Indestructible Heroes” Parody Pin – There were 4 options that subscribers could receive – Superman (above), Hulk, or 2 limited edition Chuck Norris. 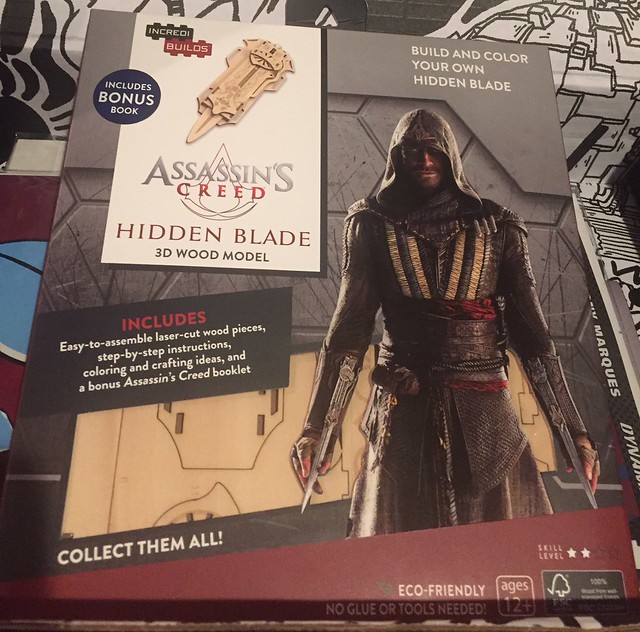 Assassin’s Creed Hidden Blade – The other option was a Captain America shield. While I’m a little bummed, this hidden blade replica is actually a much cooler, intricate design. 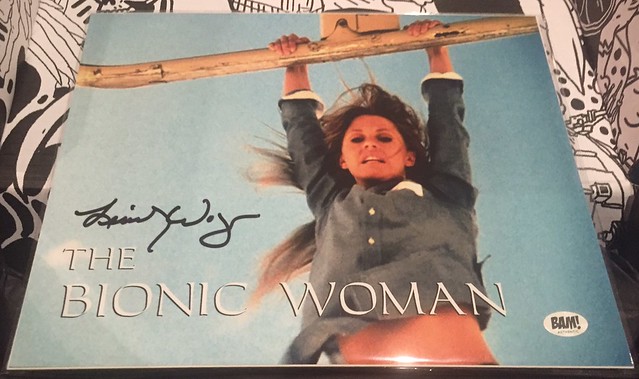 Bionic Woman – Lindsay Wagner Signed Photo – This is just awesome. I was definitely a fan of this and Wonder Woman as a child. 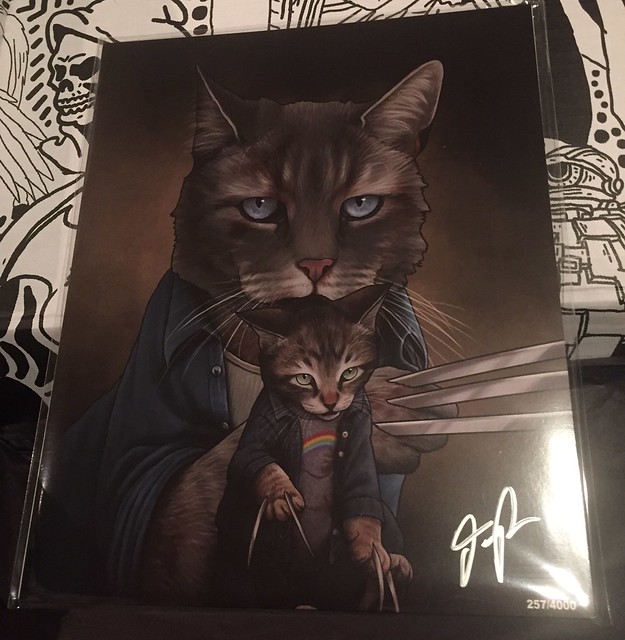 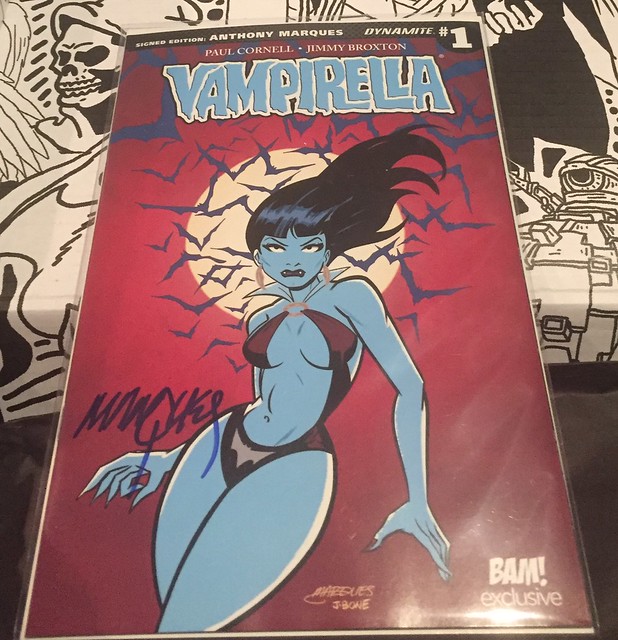 Vampirella #1 Signed Comic – I’ll definitely be selling this, as I’m not a fan… to say the least.

Summary:
Despite the comic, I thought this was a solid box of great picks. I love the unique items – like the Incredibuilds’ Assassin’s Creed model and signed pic of Lindsay Wagner.