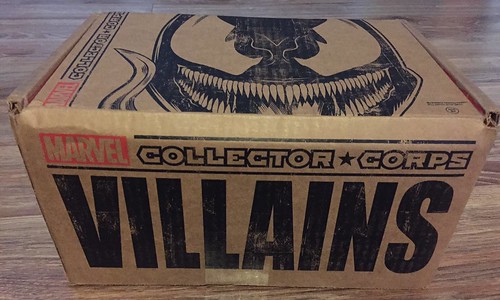 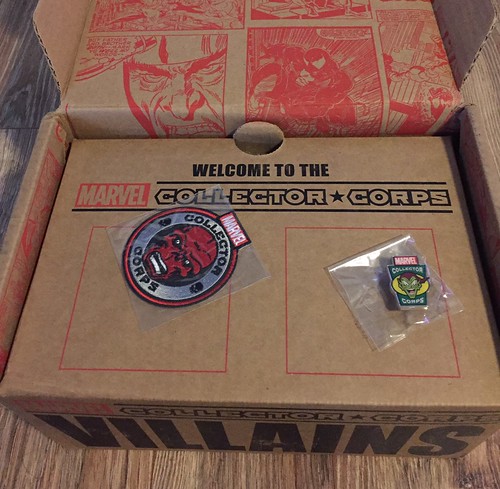 Each box comes with an exclusive badge and pin. Red Skull and Green Goblin, so we’re off to a good start. 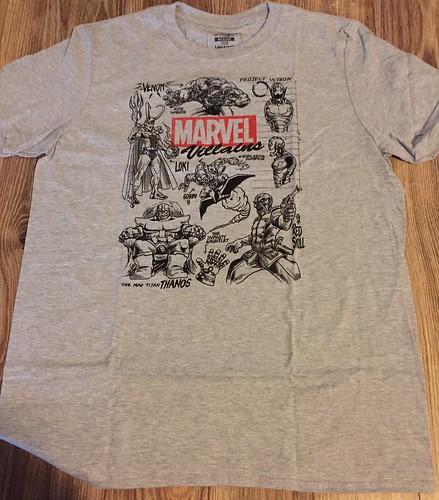 Marvel Villains Tshirt (Retail $10?) – I was pleasantly surprised with this shirt. It’s full of well-known villains, in a fun, design, and on a gray shirt. Anytime I get a shirt other than black, I’m happy. And this is a nice, soft shirt that feels better quality than past boxes. 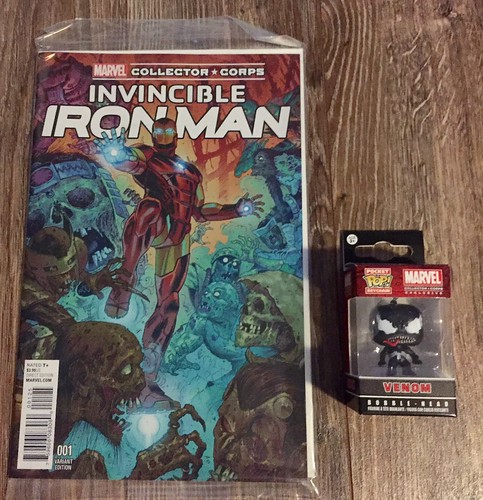 Venom Funko POP! Keychain (Retail $9.45) – Here’s the first thing that I probably won’t keep. While I like Venom as a villain (and sometimes hero), I don’t need I’m not one to collect ugly villain characters. My collection is getting quite large already. 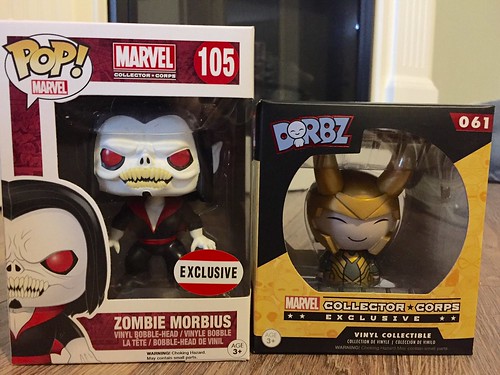 Exclusive Zombie Morbius Funko POP! (Retail $24.99+) – While I collect Funko POPs, I doubt I’ll display this one either. This was my biggest disappointment – the choice of POP this month.

Exclusive Loki Dorbz (Retail $15.00) – I really was hoping for a Loki POP, as I actually don’t own one yet. But a Dorbz is better than nothing. I only have a few of these. 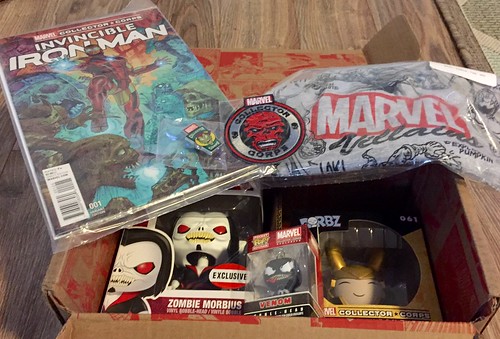 Summary: As someone who was leery about this box, due to the Villains theme – I was pleasantly surprised with the shirt and Loki. At least the value is still here if I sell the POP and keychain. I’m still glad I didn’t skip this month.

The next Marvel Collector Corps box theme will be Guardians of the Galaxy. To say I’m completely giddy with excited would be an understatement.