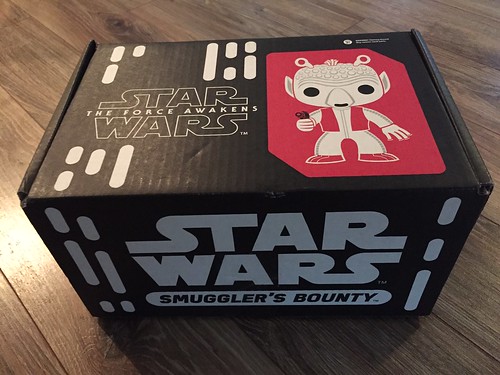 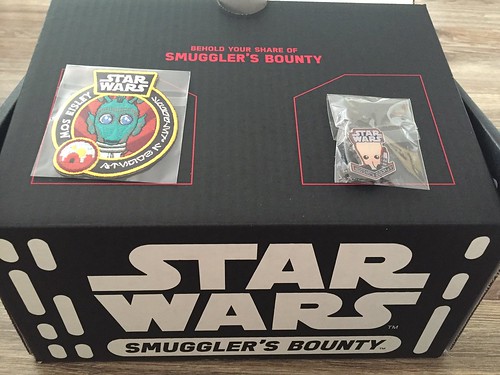 Star Wars Cantina Patch and Pin – these are small collectibles included in each box. 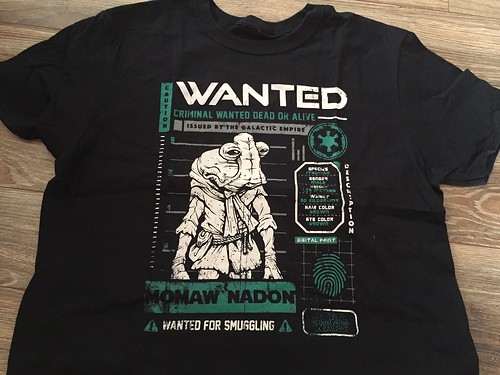 Momaw Nadon WANTED Tshirt (Retail $10?) – It looks like this was just one of the options subscribers could receive. It looks like I lucked out getting the Hammerhead version vs Muftak or Ponda Baba. 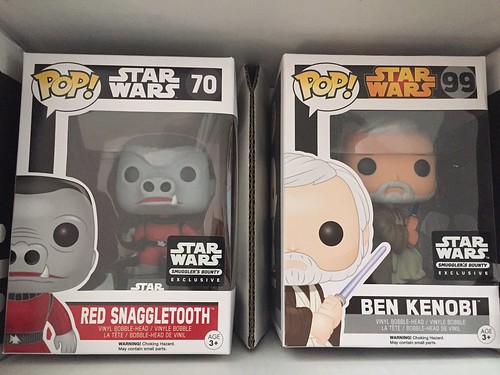 EXCLUSIVE Red Snaggletooth Funko POP! (Retail $20) – This was one of 2 versions offered. 1 in 5 received a rare BLUE Snaggletooth. I’m fine with either since they’re both exclusives.

EXCLUSIVE Ben Kenobi Funko POP! (Retail $25) – I LOVE this exclusive, especially since I don’t have a Kenobi POP yet. I’ve been holding off buying too many Star Wars POPs, since I subscribe to this. 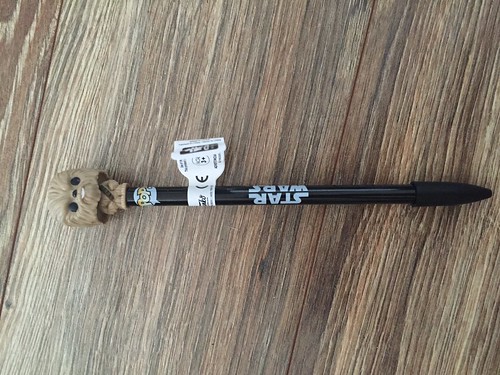 Chewbacca Pen (Retail $5-8?) – This is a bit of filler. But since they aren’t including comics, at least it’s something else that’s kind of fun.

Summary: I love anytime we receive 2 exclusive POPs! And getting two so different than others was really great. Since there are Star Wars comics out right now via Marvel, it would be nice to get variants in these boxes like the Marvel and DC boxes. But if not having comics means we get 2 POP’s more often, I’m all for that.