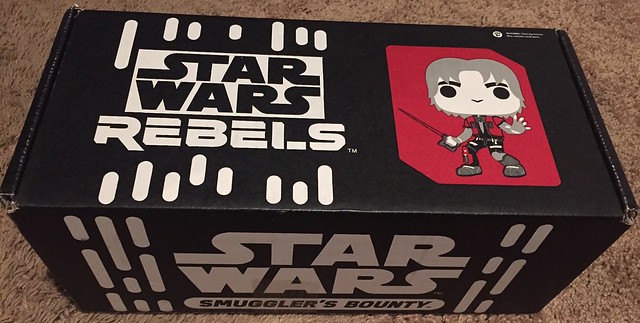 The theme this month was REBELS! 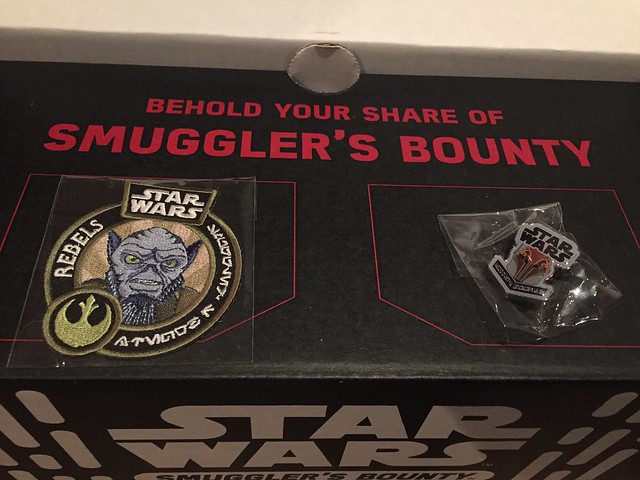 Patch and Pin – these are small collectibles included in each box. 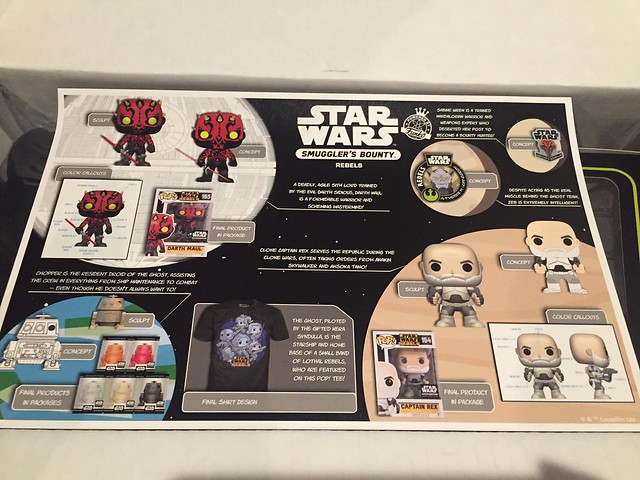 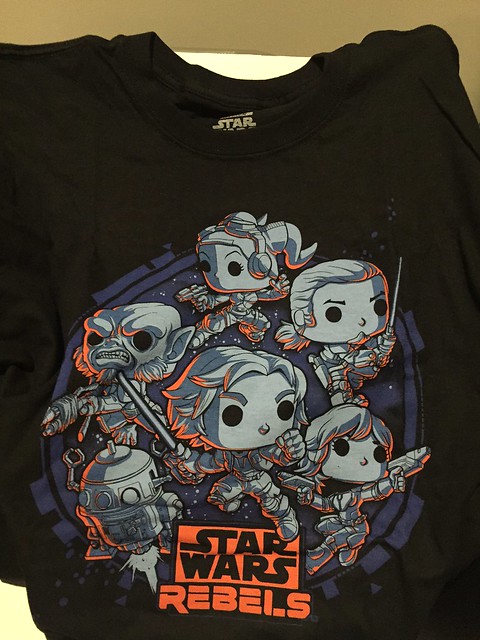 Star Wars Rebels Tshirt – ANOTHER black tshirt. But the I do like the vibrant colors. Though the characters were already cartoons, and they’re barely recognizable as POPs. 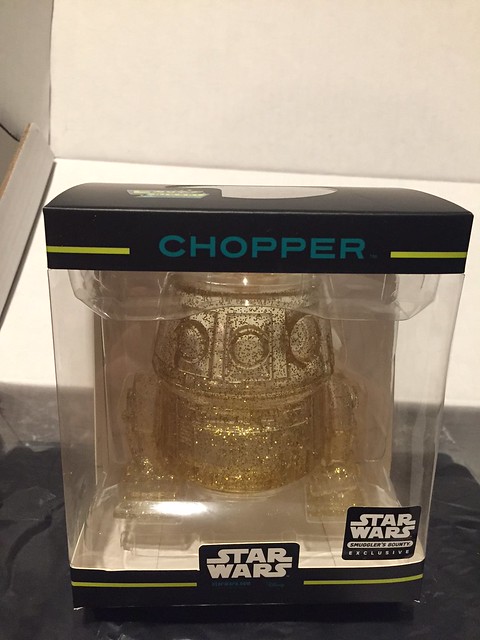 EXCLUSIVE Chopper Mini Hikari – I could have done without this sparkly figure. There was a possibility of 5 different colors, but I just don’t like Hikaris, so I won’t be holding onto it. 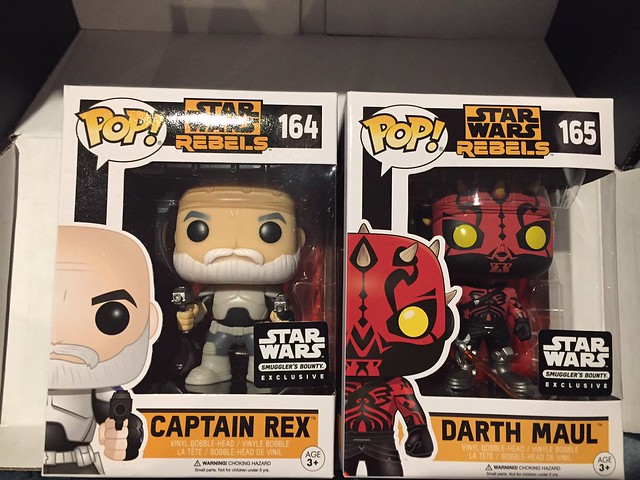 EXCLUSIVE Captain Rex Funko POP – This is pretty basic, but I like that he’s holding guns in both hands.

EXCLUSIVE Darth Maul Funko POP – This one is awesome. The detail and design is great – and I don’t have a Darth Maul POP yet.

Summary:
I love boxes with 2 POPs! It means I’ll at least love one of them. I do watch Rebels, though only recently – so I at least know most of the characters. I’m sure it will be a struggle to come up with different themes for this box after a while.