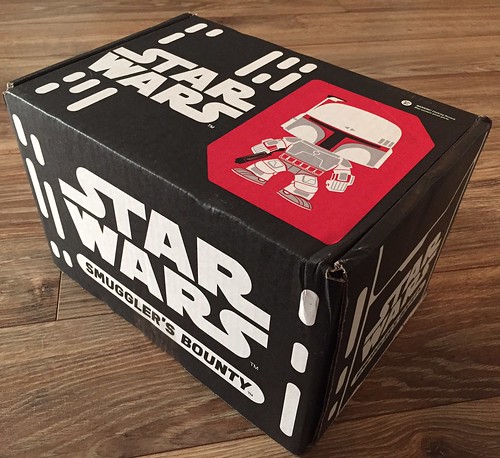 The theme this month was BOUNTY HUNTERS! 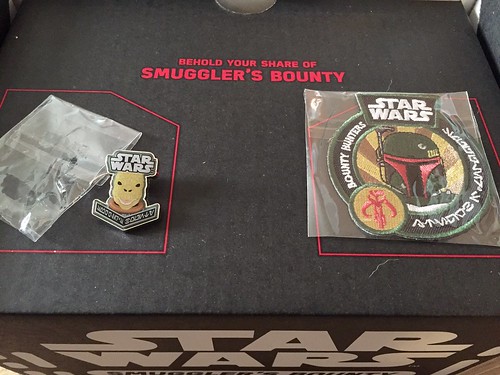 Star Wars Bounty Hunters Patch and Pin – these are small collectibles included in each box. 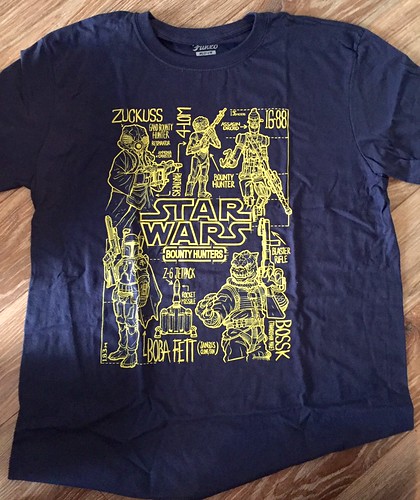 Bounty Hunters Tshirt (Retail $10?) – This shirt features several beloved bounty hunters in a bold, vibrant design on a navy shirt. I like it. 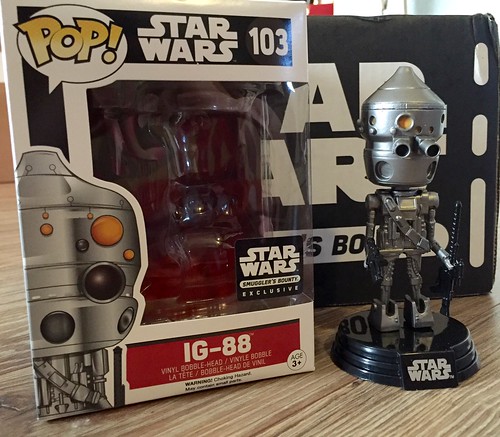 EXCLUSIVE IG-88 Funko POP! (Retail $20+?) – IG-88 is a rival of Boba Fett, and first made an appearance in The Empire Strikes Back. I love droids, so I was excited to add another to my collection. 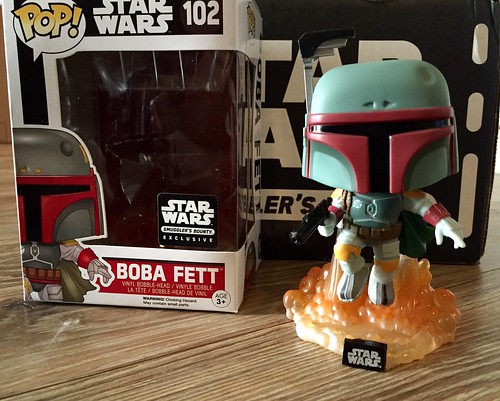 EXCLUSIVE Boba Fett Funko POP! (Retail $20+?) – Everyone loves Boba Fett, and this exclusive is an awesome design. He’s blasting up into the air with his jet pack, causing a cloud of smoke beneath him. Love it.

Summary: Because of annoying spoilers, nothing here was a big surprise. I really liked everything included, however. I love that they’re including 2 POPs each month! I’m still not sure why they don’t include a comic like the other Funko boxes, since there are several ongoing Star Wars comics from Marvel right now. Only that minor complaint, otherwise this is a consistent, great value box.