Manifest: The Complete First Season
Warner Bros. Home Entertainment provided me with a free copy of the DVD. I reviewed in this post. The opinions I share are my own.

Synopsis:
A plane inexplicably disappears on a trans-oceanic flight and returns five years later after being presumed lost at sea. While no time has passed for those on the flight, years have gone by for their loved ones who have learned to live with their loss. In addition to the outward mystery of what happened on that flight, there’s also an inward mystery of what has happened to the passengers…and why. Nothing will ever be the same as you follow the unexpected journey full of hope, heart and destiny!

Own Manifest: The Complete First Season on DVD July 23rd.

Review:
At first, this series feels like a slightly less complicated version of The 4400. However, the Manifest returnees don’t have cool abilities other than a creepy version of their own voice giving them cryptic warnings of the future. But I enjoy the mysterious premise.

After the first few episodes, I got bored with the characters and storyline. There are 16 episodes with the story stretched a bit too thin. And far too little character development. However, in the 3rd part of the season, the excitement picks up with the introduction of a new important character and young Cal’s connection to some returnees who have been abducted.

I like the actors and their various characters. How the returnees are treated after their return is very dramatic and realistic. And there is quite a bit of intensity and danger looming. There’s still a big mystery of what happened to the returnees and the tension is only building. I look forward to season 2.

From Press Release: This July, Turner Classic Movies (TCM) presents Out of This World: Celebrating Sci-Fi, an odyssey through science fiction movies from a galaxy far, far away to not-too-distant futures. Airing every Tuesday night in primetime, each evening will explore the many realms of science fiction in cinema including creature features, early sci-fi, TCM’s network premiere of Star Wars: Episode IV – A New Hope, and a special night of moon movies in honor of this month’s 50th anniversary of Neil Armstrong and Buzz Aldrin’s monumental moon landing.

TCM’s celebration of science fiction films will include:

July 2: A look at early sci-fi, including what is considered to be the first science fiction film ever made, 1902’s A Trip to the Moon and Fritz Lang’s influential Metropolis (1927)

July 9: Acclaimed director Frank Darabont introduces films from the 1950s, one of the most influential decades for science fiction that brought us The Day the Earth Stood Still (1951), The War of the Worlds (1953) and Forbidden Planet (1956)

July 16: In honor of this month’s 50th anniversary of the moon landing, TCM airs seminal moon movies such as Destination Moon (1950) and For All Mankind (1989). The night then continues with iconic creature features including Them! (1954) and The Blob (1958)

“Warner Bros. Home Entertainment provided me with a free copy of the Blu-ray I reviewed in this post. The opinions I share are my own.”

Synopsis:
What if Superman never existed? Set two generations before the destruction of Superman’s home planet, Krypton follows a young Seg-El, the legendary Man of Steel’s grandfather, who is faced with a life and death conflict –save his home planet or let it be destroyed in order to restore the fate of his future grandson. With Krypton’s leadership in disarray and the House of El ostracized, Seg fights alongside Earthly time-traveler Adam Strange to redeem his family’s honor and protect the ones he loves while saving the future of his legacy from DC Super-Villain Brainiac.

Review:
Seg-El is visited by time-traveling Adam Strange who claims to be from the future. He has returned to help Seg-El stop Brainiac – who has returned to end Superman by changing the past. Seg-El resembles his future grandson, though is more flawed and conflicted. He’s certainly more relatable than Kal-El.

This first season of Krypton is only 10 episodes. But there is a lot of story that unfolds. Krypton’s politics and deep-rooted mythology is a fascinating background, but very different from what we’ve seen in previous portrayals of a Utopia. Then, adding Brainiac’s infiltration adds another layer of chaos. This is a dark and suspenseful season with plenty of mystery and intriguing characters. And the season finale ends with a big cliffhanger that leaves fans impatient for more.

With Halloween approaching, this is the perfect time for a Frankenstein re-read. Check out this interesting short video on “Rethinking Frankenstein’s Monster” from PBS Digital Studios.

This is a great coffee table book or gift for any Original Series fan. This book has 272, full-color pages dedicated to unique trivia and images. The book is packed with: 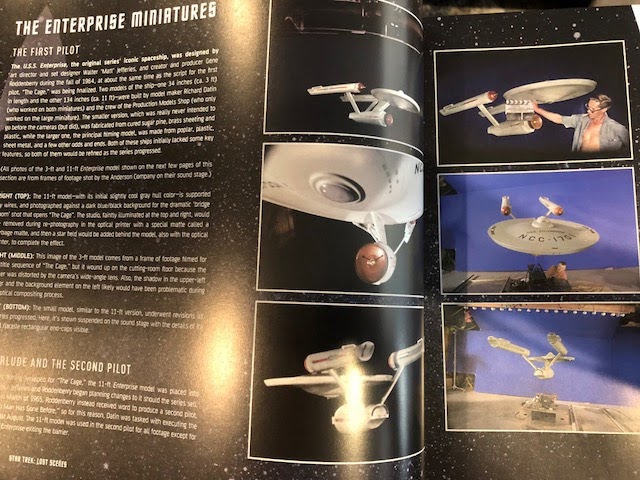 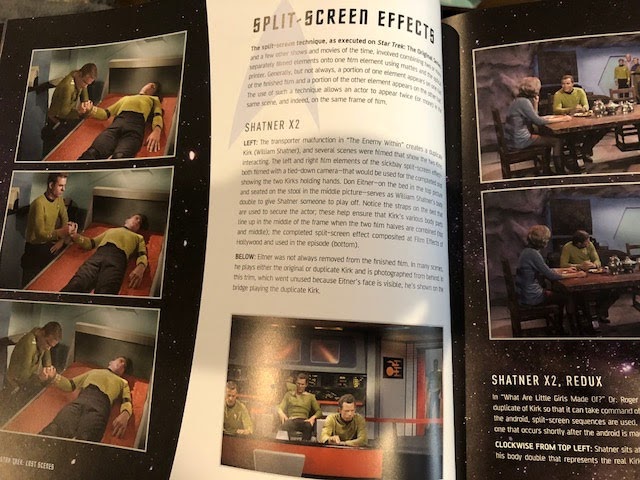 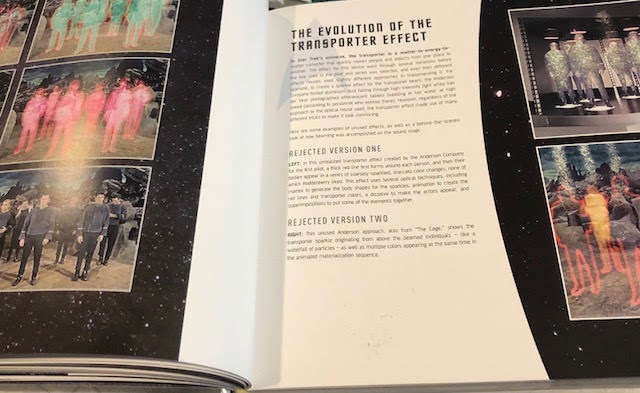 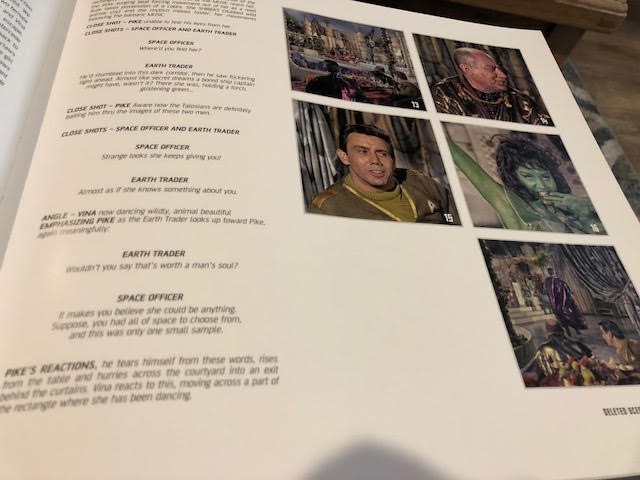 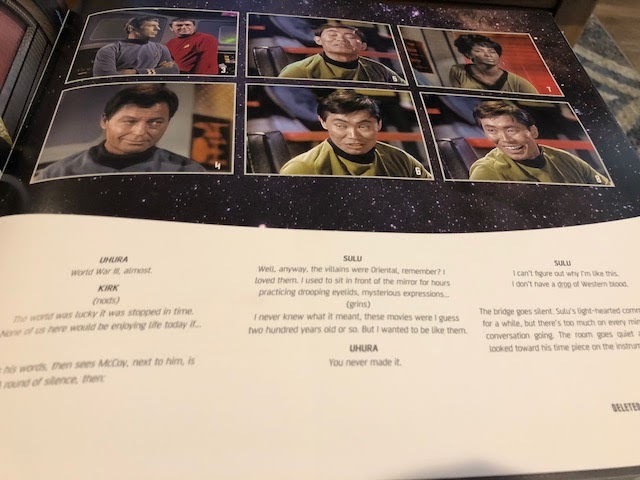 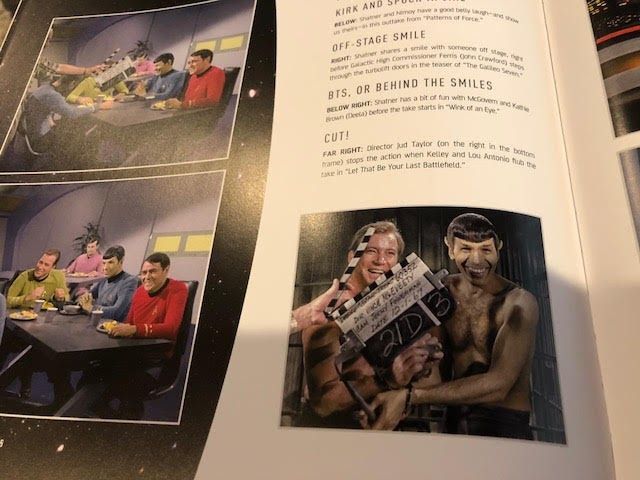 This is an impressive collection! It’s certainly hours of reading and a lot of fun.

Courtesy of Warner Bros. Home Entertainment, I have a copy of Supernatural: The Complete Thirteenth Season for one lucky winner!

Contest is open to US residents only. No PO Boxes please. To enter, just fill out the form below. Contest ends September 14. I’ll draw a name on September 15, and notify winner via email.