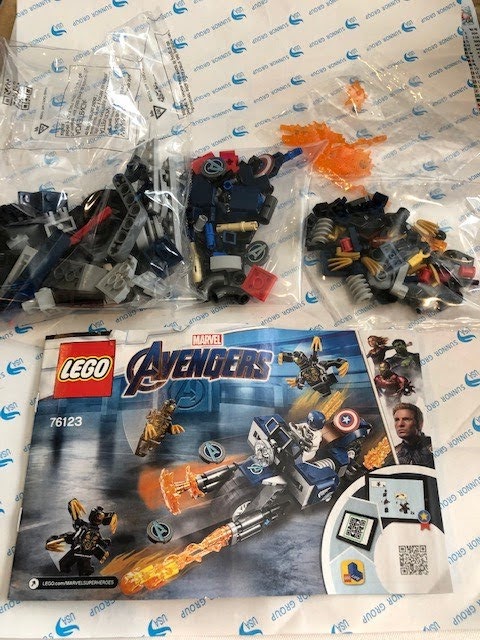 Here is a picture of what comes in the box. At 167 pieces, it doesn’t take long at all to build. 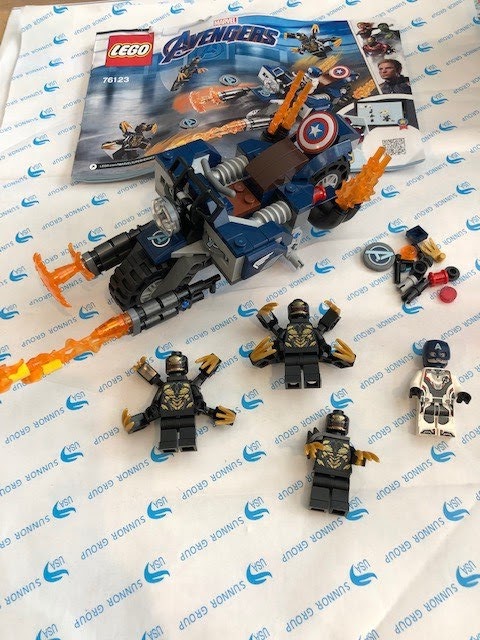 And this second picture is the end result – the bike, Captain America and 3 outrider minifigs. Cap’s bike is a 2 wheeler, but the tires are fat enough that it doesn’t tip over without a push. The kickstand isn’t very secure.

The bike also has 2 shield launchers. The blasters don’t actually shoot – they’re for looks only, which is strange. I only display my sets, but I’m sure kids would be bummed that the blasters aren’t functional.