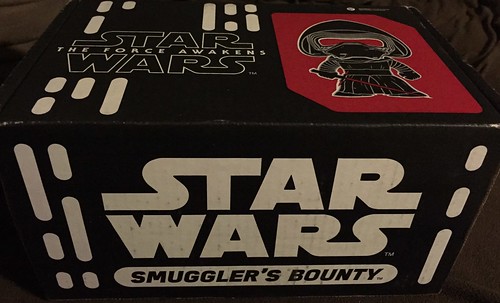 The details on this new box from Star Wars and Funko:
“Star Wars and Funko are proud to present Smuggler’s Bounty, the only OFFICAL Star Wars subscription box in the galaxy! Featuring 100% exclusive collectibles, apparel and accessories from the Star Wars universe, each box is carefully curated for Star Wars fans and shipped directly to your doorstep. Every box is themed specifically around the Star Wars films with collectors in mind. For just $25 every other month, members will receive a box full of exclusive Star Wars-themed Funko collectibles and a host of other surprises valued at over $50. Each box will focus on a different part of the Star Wars universe and include memorabilia exclusive to the program, perfect for any Star Wars fan. Star Wars Smugglers Bounty celebrates the dedicated fan and the Star Wars enthusiasts in ways no other box can – join today!”

If you’ve seen the Marvel Collector Corps box, you’ll know what to expect. 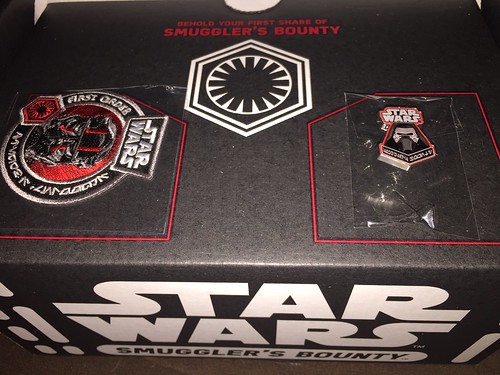 Star Wars First Order Patch and Pin – these are small collectibles included in each box. 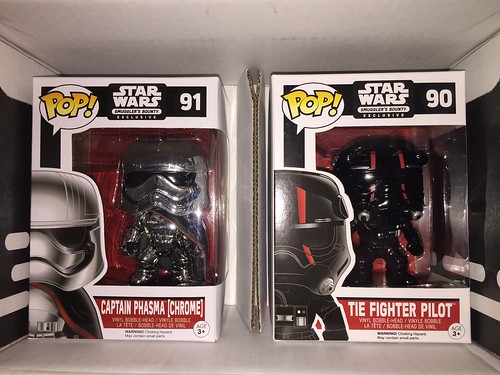 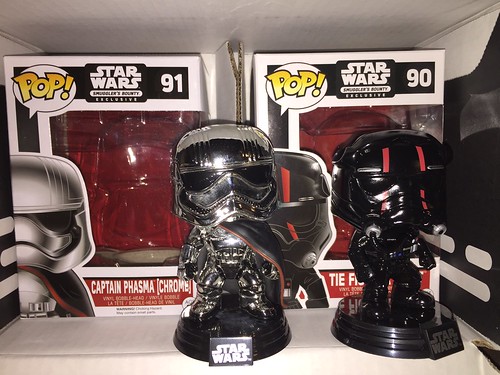 Exclusive Captain Phasma (Chrome) Funko POP! (Retail $20+?) – This exclusive was a spoiler weeks ago, but I was happy to get it as I don’t have a Captain Phasma POP yet. I love the design, and the “chrome” finish is really nice.

Exclusive Tie Fighter Pilot Funko POP! (Retail $20+?) – This is an exclusive version of the Tie Fighter Pilot, which I was happy to add to my collection too. It’s too hard to see the black figure in the box, so I took a picture out of the box with the flash on so you can see more detail. 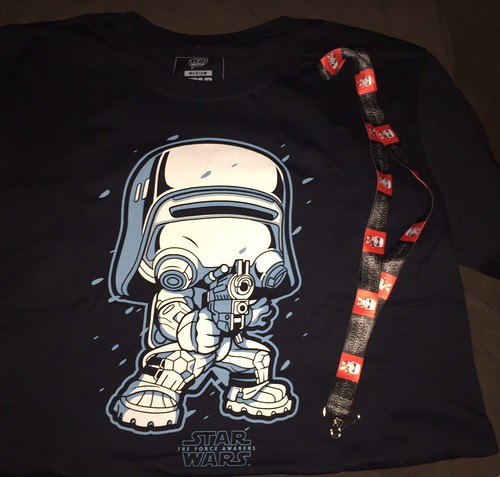 Funko Snowtrooper Tshirt (Retail $10?) – While I’m not a fan of Funko figures on tshirts, this is a cute one. And it’s yet another black shirt. Hoping for more variety in the future…

Star Wars Lanyard (Retail $4-5?) – Not sure who wears these other than convention goers.

Summary: I made a point to stop buying Star Wars POPs when I subscribed to this box a couple months ago. I didn’t want too many duplicates.