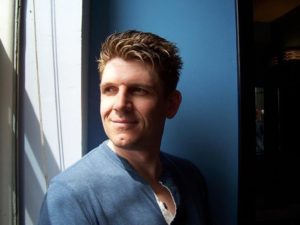 “Apocalyptic Fantasy”
by Joshua Palmatier
I’ve been reading fantasy for * coughcough * number of years and in a good portion of the novels I’ve read there are hints—or sometimes even blatant references—to “the world before the Cataclysm”! It’s a common theme, one that’s basically a trope now. I think there are many reasons for this, the most obvious being that if the reader thinks this strange new world they’re reading about is connected to their own world in some way, they’re going to connect to the story more as well. But I always wondered about that Cataclysm. What could bring about such significant change? And if the Cataclysm referred to our own world, how did the disaster itself bring us from our current world to this fantasy world I’m now reading about?

This of course got me thinking . . . never a good thing. How DID the apocalypse come about? I’ve always loved reading apocalyptic novels, and yet I’d never seen a fantasy novel where the characters actually live through the apocalypse. They’re always set hundreds of years later, when the world has changed and magic has been activated or reborn somehow. (Not that there aren’t such books out there; I just never ran across them.) So why not write a fantasy novel—not sent in our world, but a true secondary world—and tell the events that led up to the apocalypse and what comes after? This, along with the conjunction of a few other ideas, such as using ley lines as a power source, birthed the “Ley” series.

The premise is that, in this secondary world, society has evolved around using the ley lines in a way not unlike how we use electricity. Rather than having the society rooted in some kind of medieval setting, I decided that the world should be more advanced. So, imagine New York City or London, but instead of electricity, everything is being powered by the magic of the ley lines. Light, heat, transportation, etc.—all of it controlled by the Prime Wielders and their closely guarded Nexus. And the Wielders are controlled by the Baron, who’s using the Nexus and the advantages of the ley to rule the Baronial Plains with an iron fist. What could possibly go wrong?

Everything, of course. But the main point is that I wanted to write a novel where the reader experiences what the fantasy world was like BEFORE the Cataclysm that changed it. And then I wanted to explore what the world was like afterwards with the survivors. These are those two novels—SHATTERING THE LEY and THREADING THE NEEDLE. If you’ve ever wanted to experience the Cataclysm that so many fantasy novels refer to, here’s your chance.

Courtesy of DAW, I have a copy of Threading the Needle by K. Eason for one (1) lucky winner!

Contest is open to US residents only. No PO Boxes please. To enter, just fill out the form below. Contest ends July 15. I’ll draw a name on July 16, and notify winner via email.

The Nexus—the hub created by the Prime Wielders to harness the magical power of the ley lines for the city of Erenthrall, the Baronial Plains, and the world beyond—has Shattered, the resultant pulse cascading through the system and leaving Erenthrall decimated, partially encased in a massive distortion.

The world has fared no better: auroral storms plague the land, transforming people into creatures beyond nightmare; silver-white lights hover over all of the major cities, the harbinger of distortions that could quicken at any moment; and quakes brought on by the unstable ley network threaten to tear the earth apart. The survivors of this apocalypse have banded together in desperate groups, both in the remains of Erenthall and in small enclaves beyond the city, scrounging for food and resources in an ever more dangerous world.

Having survived the initial Shattering, Wielder Kara Tremain and ex-Dog Allan Garrett have led their small group of refugees to the Hollow, a safe haven in the hills on the edge of the plains. But the ley system is not healing itself. Their only option is to repair the distortion that engulfs Erenthrall and to fix the damaged ley lines themselves. To do that, they’ll have to enter a city controlled by vicious bands of humans and non-humans alike, intent on keeping what little they’ve managed to scavenge together.

But as soon as they enter the streets of Erenthrall, they find themselves caught up in the maelstrom of violence, deception, and betrayal that the city has descended into—including the emergence of a mysterious and powerful cult calling themselves the White Cloaks, whose leader is known as Father….

He is the same man who once led the terrorist group called the Kormanley and brought about the Shattering that destroyed the world!

About the Author:
Joshua Palmatier is a writer and a mathematician. He was born in Pennsylvania, but has lived in numerous states over his life and currently resides in Binghamton, New York, and is a tenured professor of mathematics at Oneonta. He can be found at jpsorrow.livejournal.com.