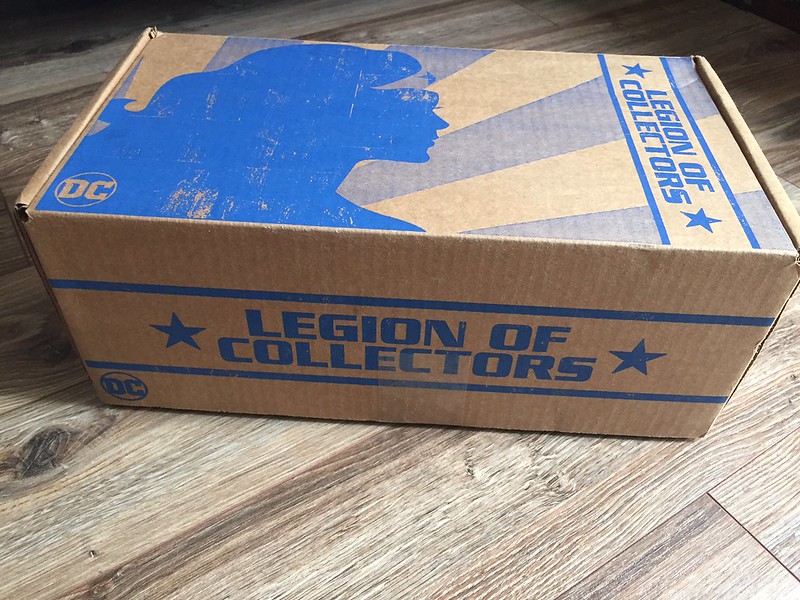 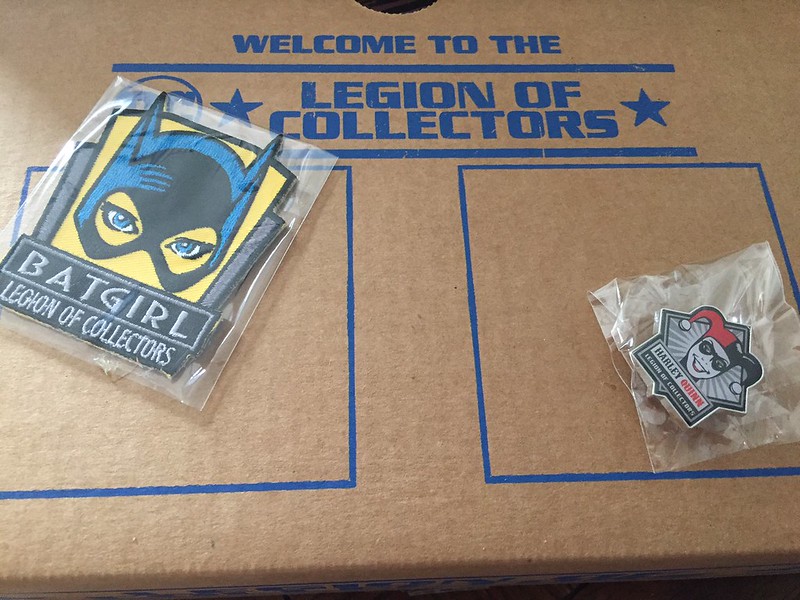 Like the other mystery boxes from Funko, each box comes with an exclusive badge and pin. 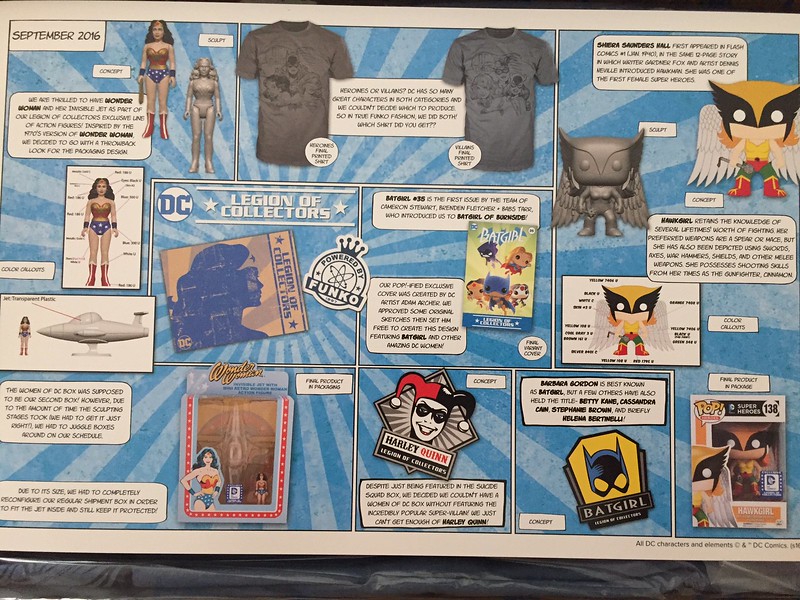 And this detailed card of everything included in the box is handy. 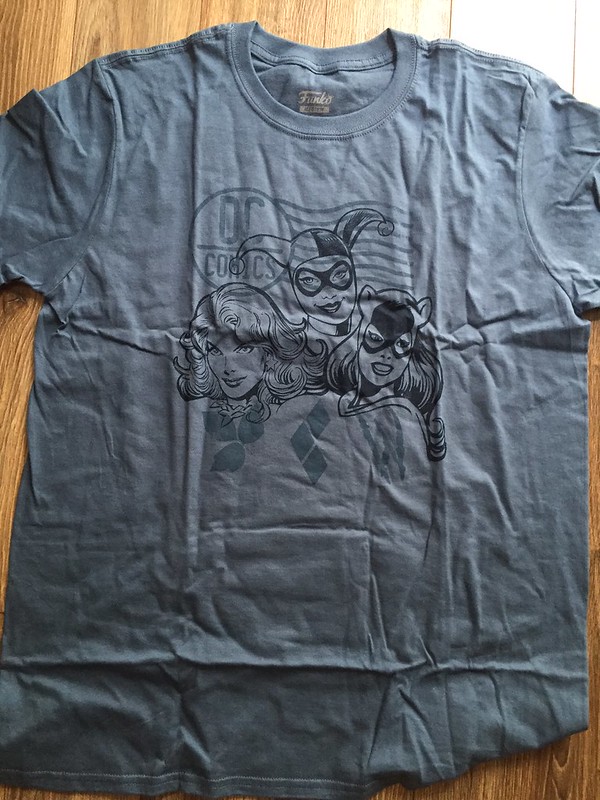 DC Villains Tshirt – There was a chance of this one or a Heroes shirt. I was extremely bummed I didn’t get the Heroes one as it was the only one I liked of the two. The retro Harley Quinn outfit is so corny, I would never wear this out in public. 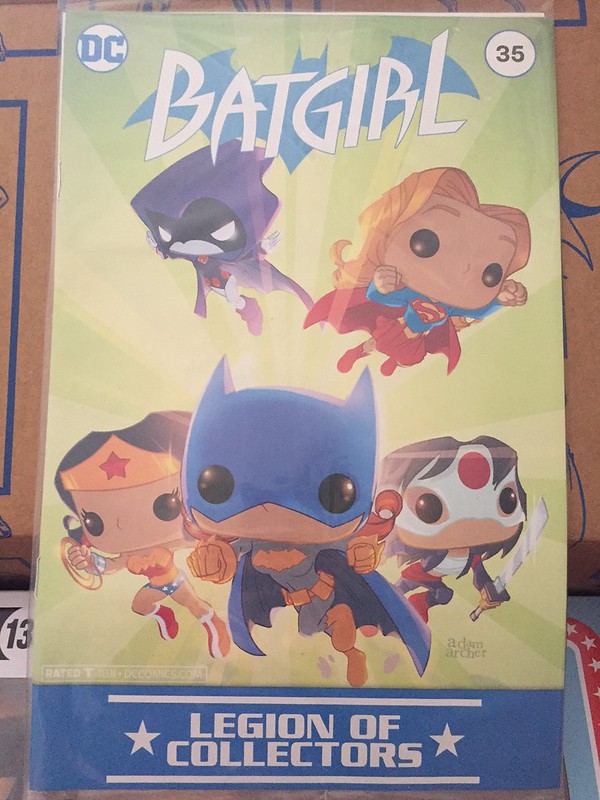 Batgirl Comic #35 – I LOVE that they are include comic variants in these boxes. And the Batgirl run is great. I already read this series, so I’ll probably pass this on to my niece. 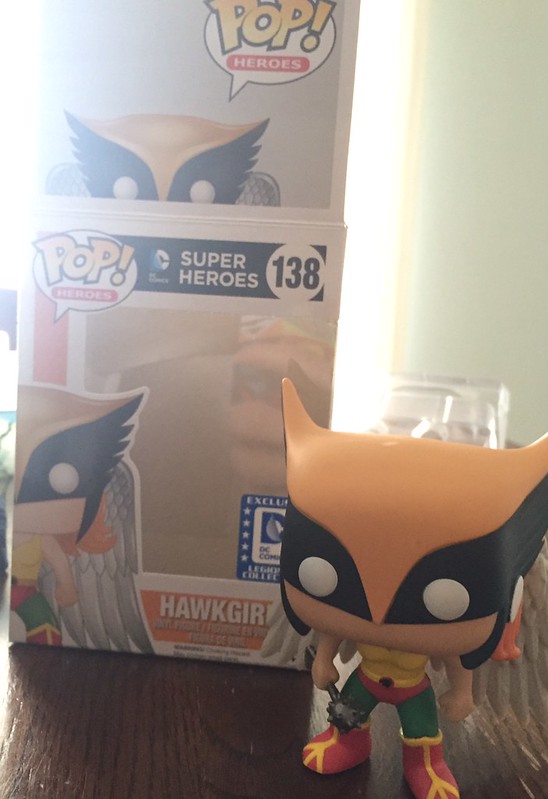 EXCLUSIVE Hawkgirl Funko POP! – I love this retro Hawkgirl design. And it’s a character I don’t have yet, but 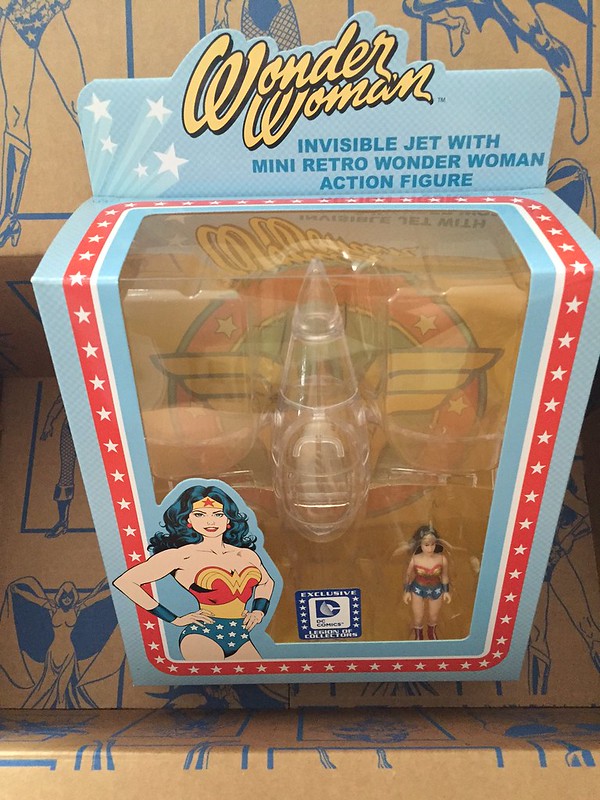 EXCLUSIVE Wonder Woman Invisible Jet and Action Figure – This was an extremely fun bonus. I would have loved it even more if it was a POP style instead of just an action figure. But this way, I’ll let my niece and nephew play with it.

SUMMARY: This was a great box, despite the tshirt disappointment. It’s still better than a POP-style shirt. I would have just preferred all female heroes vs having any villains spotlighted. My favorite item in the box was the Wonder Woman and invisible jet exclusive.

The next theme is: Batman Villains – so I’ll be skipping that one.