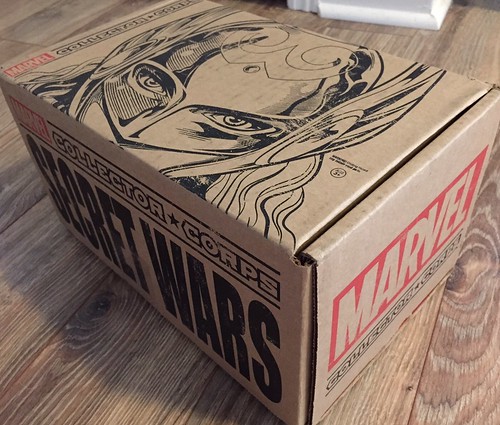 The theme this month was Secret Wars. And, as the box hinted, we are treated to the female (Jane) Thor. 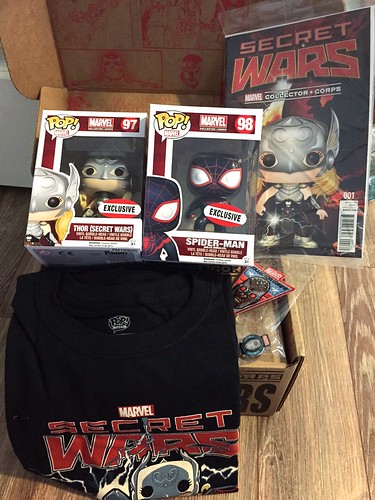 As you can see, it’s Jane-Thor heavy with the Secret Wars theme. 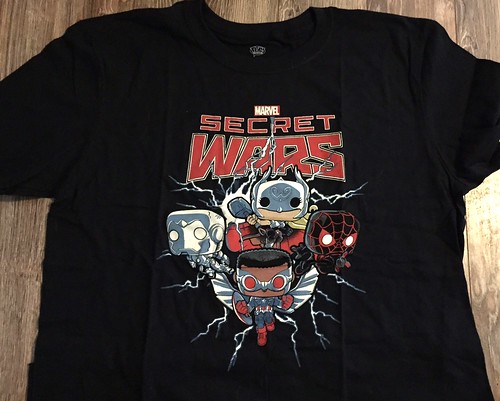 Secret Wars Tshirt (Retail $10?) – This is a cutesy Funko Pop! style that’s newly released to Hot Topic. It’s not my style, but the little ones in my life will enjoy it. I’m also over so many geek tshirts in black. I need more color. 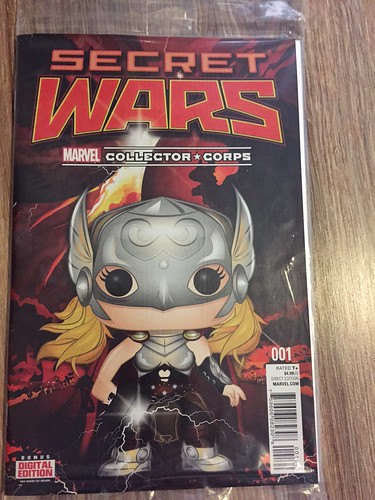 Secret Wars #1 Variant (Retail $4.99 – though Variants are usually worth more) – I love that the variants we receive have all been #1’s so far. Great for collectors, like me. 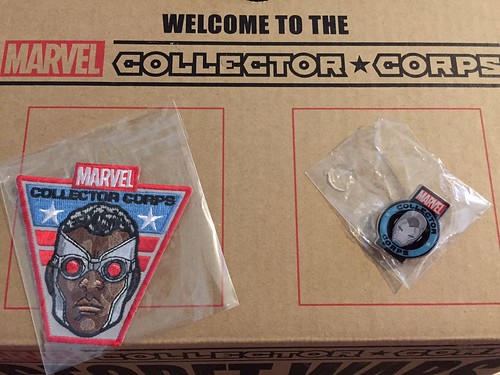 Collector Corps Pin and Patch – I love getting these each month. I’ll have to figure out something fun to do with them, other than just store them in my collection. 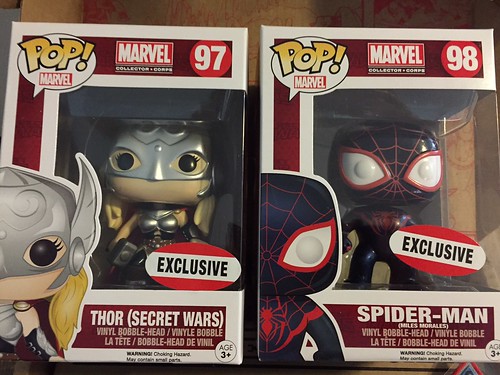 Thor (Secret Wars) Funko Pop! (Retail N/A as this is an exclusive. They are running about $33 on Amazon right now.) – I love, love this Jane Thor. I had heard rumors since the box cover featured her, so I was glad it was true. I was so happy to have more female Marvel Pops to add to my collection.

Spider-Man (Miles Morales) Funko Pop! (Retail N/A as this is an exclusive. Amazon has it listed as $36.94) – As a big Spidey fan, I was doubly excited to receive not 1, but 2 Funko Pops this month! And the designs on both of these are just fantastic!

Summary: Two exclusive, awesome Funko Pop!’s that cost as much (each) as the entire box… Collector Corps outdid themselves this month. How will they come close next time? I guess we’ll have to reserve judgment until we hear what the new theme will be. Is it too much to hope for a Star Wars theme later this year???

What do you think of August’s box… and have you signed up yet?