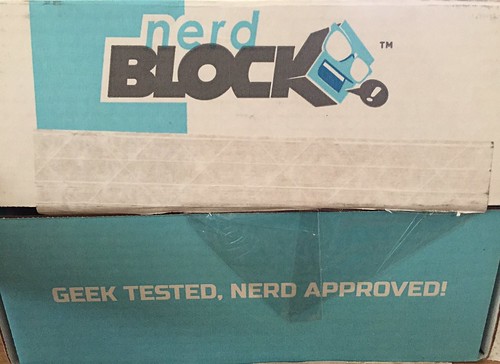 Nerd Block Classic “contains licensed merchandise, hand-picked by our team of uber-nerds representing all genres from movies, television, video games, internet, and more!” The price is $19.99 plus shipping per month. 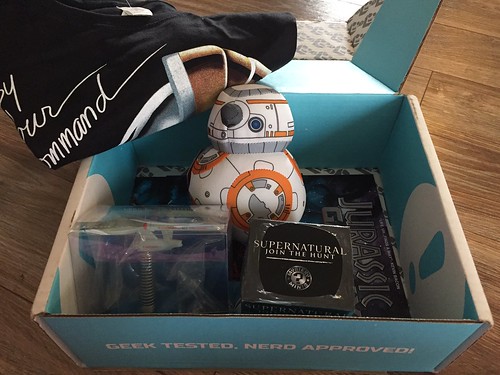 The theme of this box was Hyperspace. 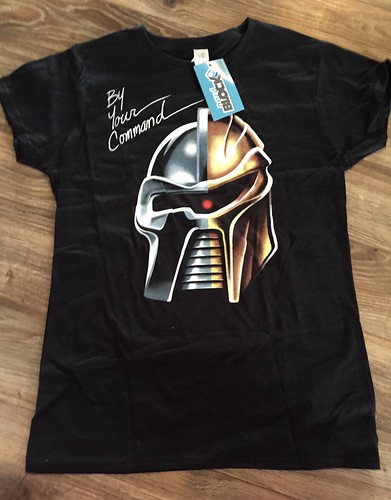 By Your Command Tshirt (Retail $10?) – This is an exclusive shirt via Shirtpunch.com. It’s a fun design. And I’m happy they included the original BSG Cylon, as I’m a big fan – but not of the reboot. Something for all fans! 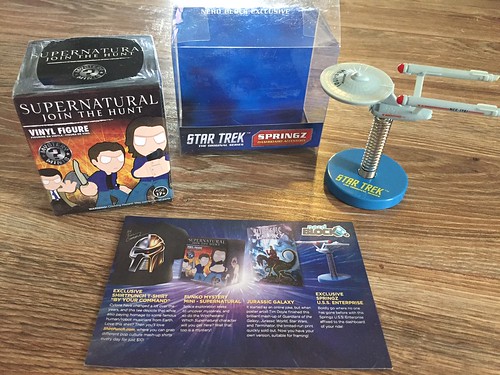 USS Enterprise Springz (Retail $3-5?) – This is another exclusive. This Original series Star Trek ship has a permanent sticker on the bottom to mount to your car dash. I don’t like putting something permanent on my dash, but I LOVE this ship. So I’ll either just cut out a smaller part of the sticker or keep it on my Star Trek bookshelf with the other memorabilia. 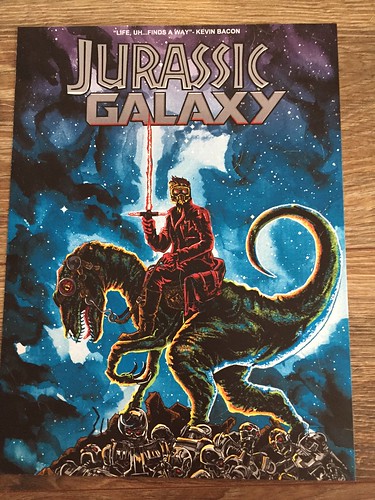 Jurassic Galaxy Print (Retail n/a) – This is a really fun print for Chris Pratt fans – with a Jurassic Park/Guardians of the Galaxy mashup! My only complaint is that it’s on cheap matt, cardboard and not in a protective sleeve. The Comic Con box does a great job with it’s prints. I wish Nerd Block would do better or not include them at all. 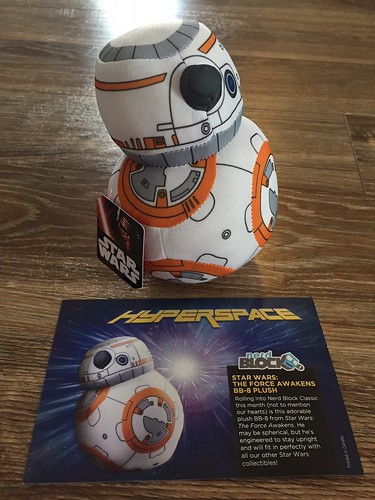 And the best item in the box…
BB-8 Plush from Star Wars: The Force Awakens! (Retail $9.96) – This super cute droid is the one I’ve been looking for. It’s plush so the spherical design doesn’t want to stay upright, despite the beads at the bottom weighing it down. But I don’t care. I just propped it up against something else. Love it.

Summary: Nerd Block had another great box for me this month. I was very happy. Despite several exclusive items, it’s easy to see that the value is very comparable to what was spent. And exclusive items are great. I’m most excited about the shirt and BB-8 plush – this made the whole box worthwhile. 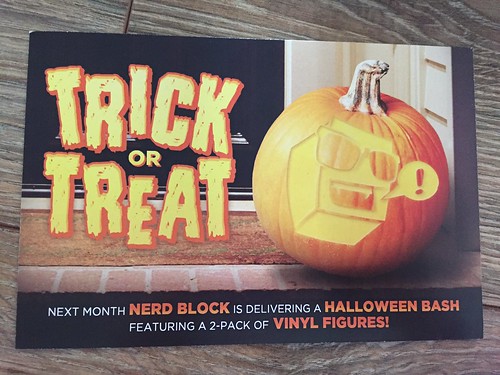 And October will be a Halloween theme… shocker!